Imam-ul-Haq is a left-handed middle order batsman from Lahore. One of Pakistan’s most promising talents, Imam is the nephew of the Ex Pakistan captain and batting maestro, Inzamam-ul-Haq. 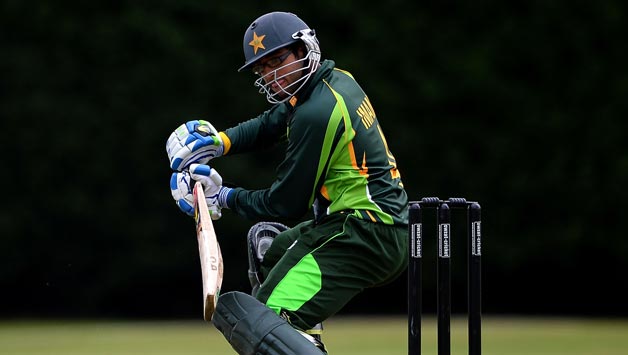 Imam-il-Haq, 16, is a left-handed middle order batsman from Lahore. One of Pakistan’s most promising talents, Imam Ul Haq, is the nephew of the Ex Pakistan captain and batting maestro, Inzamam Ul Haq. Imam first announced himself to the world of cricket in the U19 Asia Cup in 2012, averaging 45 from 5 games including 3 consecutive fifties and 88 in his first game against India, as Pakistan went on to share the trophy with their neighbours. More recently he was part of Pakistan's U19 campaign in Queensland and he spoke to PakPassion during the tournament.  How I Got Into Cricket My interest in cricket developed because of my uncle (Inzamam-ul-Haq) obviously. When I was growing up, my brother also use to play cricket in England. I used to watch my uncle play for Pakistan for such a long period of time. That's where the passion grew from - I always wanted to be like him.  Advice from Inzimam Ul Haq Chachu (Inzamam) has always encouraged me. Initially, he did not give a lot of attention to my cricket. I played Under-16 for Lahore, then I had a two-year gap because of exams etc. After that, I got selected for PIA. He gave me a lot of confidence, and even here [at the Under-19 World Cup], he contacted me yesterday. So he always encourages me, and motivates me telling me that I can do it. First memory of watching Inzimam Ul Haq I was a huge fan of the Multan Stadium. My cousins and I used to go there and watch matches. I remember watching my uncle score 138 not out against Bangladesh on that ground. I think that was one of the best innings he has played. Juggling studies and cricket I am doing Icom from Punjab College. When I was playing at the Under-16 level, I was also doing my O' levels from Beaconhouse School System at that time. So I had to miss quite a few classes. My teachers and principal knew that I was playing cricket, so they advised not to do O'levels as it requires one to give a lot of attention to studies. Therefore, I switched from O'levels to Matric and I got 940 marks which earned me a scholarship at Punjab College. It is very tough to manage studies and cricket simultaneously, but it's not impossible. I used to go to the NCA for training in the morning, then I used to have a net session and after returning home, I would study for an hour or so.  Rise to the Under-19 team I have never played for Multan at all [like my uncle]. I was in Lahore when I took part in the Mobilink Hunt for Heroes (Under-16). This is my first year at the Under-19 level. I play for PIA Under-19s alongside my current Pakistan Under-19 team mates Faraz Ali, Zia-ul-Haq and Salman Afridi. Having team mates that you have known from before is always helpful. We've played together for PIA and now we're here for the Pakistan Under-19s. But even those who were not our team mates at PIA are all good friends. Favourite Cricketers I really enjoy watching Gautam Gambhir bat - his shot selection is really good. I also really liked Wasim Akram growing up. Pakistan Under-19 bowlers  All of our bowlers have different variations in their bowling. All of them have wicket-taking ability. I can't really single out a bowler who I think is difficult to face as a batsman. Coach’s input My coach is giving me a lot of confidence. I'm having a problem in converting my 70s and 80s into hundreds. In the Asia Cup too, I had the same problem. I got out on 88, then got 70 against Afghanistan and 56 against Malaysia. I tend to lose my patience. However I am trying my best to improve and get my maiden ton at this level. The coach gives me a lot of confidence. He always tells me that my first 30 runs are always good, however, I tend to lose my concentration and patience during the next 30. So he tells me to stay focused once I have settled in and try to convert my starts into big scores, which will prove to be helpful for the team. Batting in the first ten overs is quite difficult on these wickets [in Australia]. But once you have got your eye in, it becomes relatively easier to score. Asian Cup experience The Asia Cup in Malaysia was a great experience for me as well as for the whole team. It was my first ever tour. We really enjoyed playing in Malaysia as the weather and the pitches were really good. Pressure of the World Cup I don't think we have any extra pressure of expectations on us. We are here to win the World Cup and we will try our best to do that. We don't really feel any extra pressure of the fact that Pakistan has a very fine past record at the Under-19 World Cup. The Future Our aim is to play for Pakistan at the highest level. That is the reason why we are playing at the Under-19 level. We just have to take it step by step.