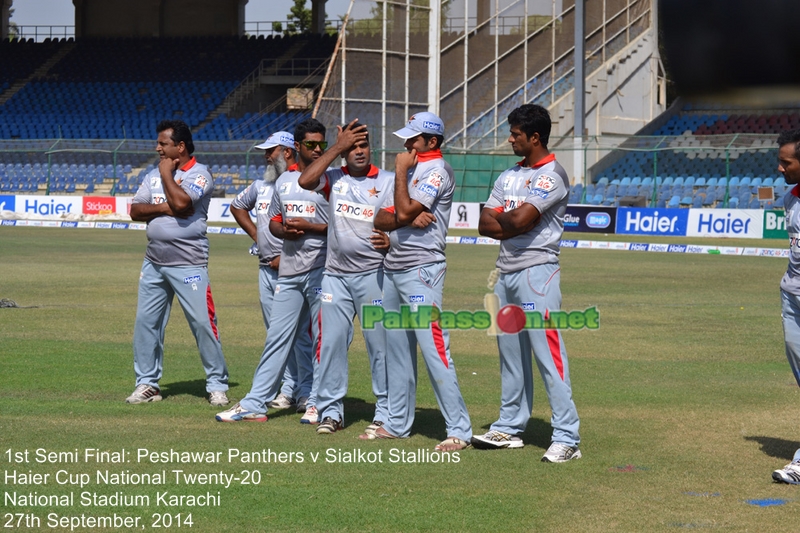 PakPassion.net: How did you develop an interest in Cricket?

Mukhtar Ahmed: I had a passion to play cricket from a very young age but since I was a resident of a small village in Sialkot District, there were very few opportunities to play cricket and the facilities weren't that great either. It is here that I am indebted to my uncle who stepped in by taking me to the main city of Sialkot, where I got to play cricket in a proper fashion. He is the one who really got me interested and made me think that there was a future for me in this game.


PakPassion.net: Were you encouraged to play cricket by your parents?

Mukhtar Ahmed: Actually, no. They were not happy with my passion to play cricket. I used to get into trouble at home and I was told off for not studying but once again it was my uncle, who was a keen cricketer himself, who helped me develop an interest in cricket and, in a way, convinced my parents that it was fine for me to play this game at a competitive level.


PakPassion.net: How did you move into more competitive forms of cricket?

Mukhtar Ahmed: I initially started to play Under 15s for Sialkot and then moved to Under 19 level for the same District. I was one of the top players there but was ignored for the Pakistan U19 squad.

That didn’t disappoint me and I continued to play Grade II and Under 23 Cricket for Sialkot where I have had some big scores as well. For example, just recently in June this year, I was 200 not out against Gujrat and in another match, made 303 not out against Narowal.


PakPassion.net: Who was your role model as a cricketer when you were young?

Mukhtar Ahmed: I haven’t consciously copied any other cricketer as I always believe in my own abilities but if there is one cricketer who I have admired a lot, it is Virendar Sehwag of India. I like him for his free-flowing and fearless style of cricket.


PakPassion.net: Apart from your uncle who has played an important role so far, which other person or coach has helped or mentored you?

Mukhtar Ahmed: My uncle was a school teacher. He had hired a cricket coach by the name of Shahid Rafeeq. He helped me with the technical aspects of the game during my early years. Even today, whenever I need to, I visit him and ask for his assistance in all aspects of my game. He is my teacher and mentor and I owe a lot to him.


PakPassion.net: You had some brilliant performances during your Under 19 years and then recently in Grade II Cricket. Do you feel unlucky to have not been called for national duty at the Under 19 or Pakistan A Levels?

Mukhtar Ahmed: That is true – I have been batting consistently well since my Sialkot Under 19 years (2009 onwards) and all the way to the Grade II level where I even scored 2 centuries (110 and 107) in a game against Pakistan Army while playing for Medicam Group. Unfortunately, despite some reasonable performances, I did not make it to the top level for Pakistan Under 19s. That is life but I am working hard and hopefully my fortunes will change soon.


PakPassion.net: You performed brilliantly in the recently concluded Haier National T20 Cup. How did your participation in this T20 tournament come about?

Mukhtar Ahmed: I had been playing for Sialkot Stallions in List A games since 2012 but never had a chance to play in T20 games which was something I really wanted to do. This was obviously because of the competition for places in the team. Shoaib (Malik) Bhai had always promised to me that I would, one day, get a chance in the national T20 tournament. Since Shoaib Bhai was playing in India in the Champions League T20 this year, I was asked to step in and I took that chance with both hands and performed really well.


PakPassion.net: Did you think you would do so well in this tournament?

Mukhtar Ahmed: I always felt that I had the skills and of course one always tries one's best in such situations. The only real plan I had in mind was to make the most of the chances given to me but to be honest, I had no idea that I would end up with the title of best all-rounder of the tournament! I got this award after scoring 195 runs and taking 7 wickets as well as 6 catches which was extremely satisfying. I have to thank the Almighty for this achievement. I waited for a while for this opportunity to play in such a high profile tournament and when it came about, I did very well. What more can one ask for?


PakPassion.net: You were selected as one of the 10 top players from this tournament to spend 3 days at the NCA. How did that stint go?

Mukhtar Ahmed: It is indeed an honour to be included amongst the top names in this tournament. This was a three day workshop at the NCA where our fitness was tested and we were lectured by experienced cricketers like Mohammad Akram on many aspects of the game. Whilst the most important aspect of playing at the highest level is the mental one, the fact is that there is a huge difference between the standard of international and domestic cricket.

Akram tried to explain to us about the commitment and change in attitude which is needed for players to make the jump from domestic to international level. This is also the reason why so many good domestic players fail to make the grade when they are chosen to represent the national team. I am also glad to say that my fitness was found to be very good during this workshop. I have always made sure that even during the off-season, I follow the instructions given to us to maintain our fitness and follow meal plans etc.


PakPassion.net: With the excitement of the Haier National T20 Cup behind you, what is next?

Mukhtar Ahmed: I am very happy to say that I have joined State Bank of Pakistan (SBP) and will be taking part in the 4 day Quaid-e-Azam Trophy soon. It seems that SBP scouts saw my recent performances during the T20 Cup and offered me a place in their team. Let's see how that works out. If I can continue my good performances then I should be able to bring myself to the attention of the national selectors which would be perfect.