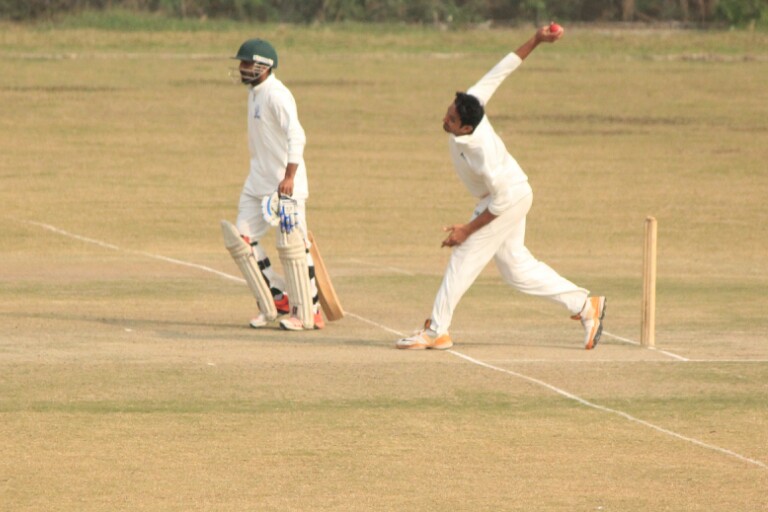 Getting into Cricket and struggle to earn a living

Like most children, I used to watch cricket on TV and I also started playing cricket in my village using tape ball. I guess it was the same as how Sohail Tanvir started his career but regardless, I started to play in the streets and local fields when I was twelve years old. I did play for my school but I was always afraid that the teachers will not be happy with me taking interest in sports but that thankfully was not the case as they encouraged me to play cricket. Even my parents and other acquaintances were very sceptical about cricket as a career but eventually they came around to my point of view.

However, there are still people in my village who question why I play cricket and get very surprised when I say I have chosen that as my profession. Let me also thank the Almighty as I have never bothered my parents for any financial support; in fact I took on a job on the side to help my parents. It was tough juggling work and my love for the game, where the employers would sometimes ask me why I was late for work as I was playing cricket.

Club Cricket, Under 19 and First-Class cricket

One of my friends suggested to me that because my action was good, I should go to Sialkot city and play club cricket. Everyone seemed very impressed by my bowling and I started playing club cricket from 2006 onwards with various clubs but then ended up with V.i.p Cricket Club which boasts the likes of Shahid Yousuf, Raza Hasan, Mansoor Amjad in their line-up. I then played district Under 19 and had good success at that level. I was the top wicket-taker in Inter-Region Under 19 Tournament 2008/09 with forty-two wickets in the 3 day games.

Unfortunately, I did not find a place in the Pakistan Under 19 team but that did not discourage me to continue working hard. I then progressed to play First-Class cricket for Sialkot (2008/09-2012/13), Pakistan Television (2014/15) and then onto Khan Research Laboratories (KRL) (2015/16). I also played Grade II cricket for Pakistan Television and in PCB Patron's Trophy (Grade II) 2012/13 semi-final and final, I took twenty-one wickets in total which was very satisfying. My current performance in the 2015/2016 Quaid-e-Azam speaks volumes about my progress as in eight matches so far, I have 52 wickets. This puts my total First-Class tally on 146 wickets in just 45 matches.

At the Under 19 level, Shahid Anwar was my coach and he motivated me to perform better and to work harder towards my goals. Mansoor Amjad also played a key role in my development, however, I would like to make a special mention of a good friend of mine, Ali Raza. He came into the picture at a time when I was seriously contemplating leaving the country for a better life in Europe. He looked at my profile and told me to stick it out and pursue the game I love in my own country.

In my current team KRL, I am always receiving great advice from Saeed Anwar Junior as well as from Mohammad Irfan and Rahat Ali. I must say that all the international players I have played with put in the same effort during domestic games that they put in international level which is a real source of inspiration for us junior players.

The step up to First-Class cricket

I found the jump from Under 19 to First-Class to be a huge challenge but one that I really enjoyed. The difference in quality has been significant and the chances of playing against mature top quality players is an amazing opportunity which I have really enjoyed.

Most satisfying performance so far

To me taking wickets is my job and each one is as important as the other as they help my team to a better position in any game. In terms of most memorable spells, I would say that my bowling against FATA in the recent Quaid-e-Azam trophy where we came from behind to beat FATA by ten wickets was most satisfying as I took nine wickets in that game.

I feel that I am bowling close to 135Kph although there is no accurate measurement that has been taken so far. In terms of my style of bowling, this is very similar to Glenn McGrath or to Mohammad Asif; basically it is a mixture of swing and seam. Thankfully, I feel very proficient in bowling both inswing and outswing.

Let me start by saying that I have never been afraid of a challenge and in the recent game against WAPDA where Rahat Ali took six wickets in the first innings, I told everyone that I would match his performance in the second innings and I did that too! I feel that my job is to simply put in all the effort and make sure that I present my best performances for the selectors to decide on my inclusion in the national team. I will not give up on trying to prove to them that I am suited for a spot in the national team.