Profile of a Karachi based batsman who has recently been enjoying prolific form at the domestic level. 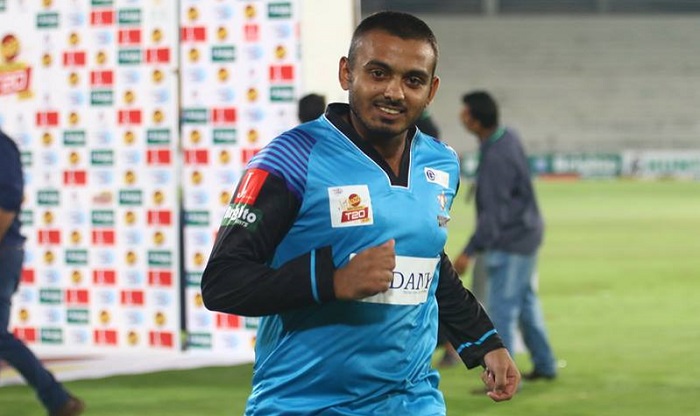 I had the usual introduction to cricket by playing in my local streets in Karachi. I was about ten when I started off playing tape-ball cricket and when my elder brother saw my enthusiasm he told me upfront that I would have the support of the family only if I worked hard as there was tough competition in this sport. I suppose my family wanted to discourage me from taking this as a fad and deserting it when things got rough. Incidentally, it was my elder brother who taught me all about cricket in my early days. He showed me how to hold the bat correctly to play hard-ball cricket as my grip was wrong due to playing tape-ball cricket. It was also my brother who convinced my parents who were a little skeptical about me playing cricket as a profession by telling them that he would ensure that I would continue studying and concentrate on learning the game in a proper manner.

I have admired Yuvraj from a young age which was a problem for many to understand as he is a left-handed batsman. When my brother heard this, he got pictures of the Indian player inverted by using computer software so that he would look like a right-handed batsman and gave them to me to admire and to emulate as he knew that I wanted to be like Yuvraj.

I started playing proper inter-school cricket for my school which was the Government Boys High School Zahoor in Liaqutabad Karachi. I was selected for the Pakistan squad for the CLICO International Under-15 Cricket Championships which was held in the West Indies during April-May 2008. This was a low-scoring tournament in which I made one hundred and eighty-one runs in seven games and was part of the team that lost to the hosts West Indies in the final of the tournament. I did not play club level cricket but my participation in the Under-15 Championships in the West Indies helped me in being noticed for the PCB’s ‘Hunt for Heroes’ trial in 2008. In these trials, the former Pakistan spin-bowler Tauseef Ahmed who is currently a member of the Pakistan selection panel selected me for Karachi Under-16s side. I then took part in the Hunt for Heroes One-Day Tournament and was the fifth highest scorer which was to hold me in good stead in the future.

The honour of representing Pakistan in the Under-19 World Cup

After my success in the West Indies, I was picked for the squad for the 2010 Under-19 World Cup which was held in New Zealand. I was part of a team which had the likes of Ahmed Shehzad, Babar Azam and Hammad Azam. We were lucky to be coached by former Pakistan batsman Ijaz Ahmed so it was a great experience for me. I played reasonably well in that tournament and of course the highlight of the World Cup for me was the shortened quarter-final against India Under-19s. Not only did we win this game but I also had the highest score of thirty for Pakistan. The experience of playing in a game against India is unique in that everyone gives their hundred and ten percent effort and no one wants to be on the losing side. Unfortunately, and for reasons best known to selectors, I was not included in the 2012 edition of the Under-19 World Cup which is a disappointment for me to this day.

With some good performances in the bag and the tag of a World Cup player to my name, I was hoping for an early introduction to First-Class cricket but it was not to be. After being failed to be noticed for close to four years for reasons unknown to me, I finally made my First-Class debut in the December of 2013. Before that, I had played some Grade II cricket in the interim and performed well but no one took notice of me and I had no one to plead my case either as I belonged to an ordinary family. Sometimes, I was told that I was a Twenty20 specialist so I asked for Twenty20 slot but even that wasn’t forthcoming.

United Bank Limited’s (UBL) Atif Maqbool turned out to be my saviour as he introduced me to List-A and Twenty20 cricket for UBL before giving me the all-important chance of playing in First-Class for the same team. To be honest, that debut First-Class season was very confusing for me as I was trying to find my feet but thankfully I got encouragement from my captain and management which helped me through, as not playing at any decent level of cricket for almost four years had taken a toll on my form.

The move to National Bank of Pakistan (NBP) in 2015

My stay at UBL was an uncomfortable one. Even a double-hundred in the 2014 season was deemed as not good enough and I was soon sidelined for most of the season. This was a tough time for me as I had no one to talk to who could help me or listen to me. I was let go of my employment at UBL without warning and when I asked how they could get rid of a player who had scored a double-hundred, they apologised and said it was because they wanted me to make room for more experienced players. I started with NBP in 2015 but given all that had gone on, I did not score as well as was expected in First-Class or List A formats. I had better luck in the Twenty20 format where I represented Karachi Whites in the National Twenty20 Cup but I suppose better times were ahead as I found out in 2016.

A dream First-Class season in 2016

This is a great season for me so far. I have scored one-hundred and fifty-six against PIA and a fantastic two-hundred against FATA and I feel that this is just the start and I can do much more in this season.

Disappointment of missing a place in PSL 2016 and 2017 editions

Despite some good performances for Karachi Whites in 2015 where I scored one hundred and ninety-four runs in five games at a strike rate of more than one hundred and thirty-six, I was not picked for the emerging category in the PSL. This was a great injustice in my view and to my horror, it has been repeated this year too despite repeated reassurances.

I would dearly like to forget all I have been through and want to complete this season at the top of the table. What I have learnt is that my only friend and the only one who can help me is my own bat and my determination. If I keep on scoring well then I will be able to show my detractors that they are wrong and I have the talent to succeed.