A profile of Khushdil Shah, a talented young batsman who has been picked by Peshawar Zalmi for PSL 2017. 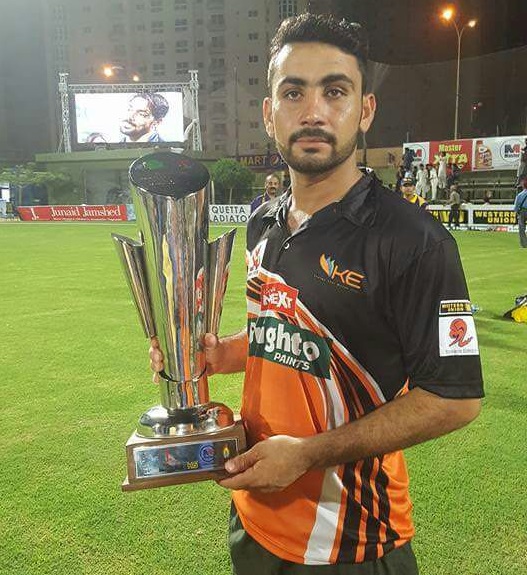 I used to play tape-ball cricket in the streets around my home and initially there was a lot of opposition to my enthusiasm to play the game. The elders were of the view that I should work on my education so that I could get a good job and support my family who weren’t that well off. My cousin, Fawad Khan, who was a cricketer himself stepped in and encouraged me to continue with cricket as he could see a lot of potential in me.

On the insistence of my cousin, I started to play hard-ball cricket with the Super Star Club in Bannu but I didn’t like playing at that level and I soon gave up on that. Fawad persisted with me and got me a place in Abbottabad Under-16 trials. In fact, he literally dragged me out of my home to take part in the trials. Thankfully I was selected and I was considered the best all-rounder in 2009.


Playing in regional Under-19

Based on my performance in the Pepsi PCB Cricket Stars Under-16s Tournament in October 2010, I was asked to attend a regional camp in 2010. Unfortunately, despite my progress at that point, I was unable to play for Pakistan Under-19s due to an injury on my hand. I did however play in the regional Under-19s for FATA in the Inter-District Under 19 Tournament 2012.

The FATA regional team played qualifying rounds in Grade-II cricket where we beat Karachi, Faisalabad and Abbottabad and qualified to play First-class cricket in October 2015. That game was a memorable one for me as my First-class debut was against a very strong Habib Bank team which had names like Abdur Rehman, Umar Gul and Fakhar Zaman in their line-up. The game was drawn but I ended up with scores of twenty-eight and forty-three. I was nervous but then again, we had played some tough games before so I wasn’t overawed by the occasion.


Left-arm spin and ambitions to become a batting all-rounder

I do wish to develop my spin-bowling as well but our FATA team is pretty strong in that department. We have four excellent spinners in the team so I haven’t had that much chance to bowl or develop myself. Obviously as specialist spinners they get to bowl more but I want to develop myself as a batting all-rounder.

2016 turned out to be an excellent year for me. I took part in the "Kaun Bane Ga KPK Ka Champion T20 tournament" organized by the Peshawar Zalmi organization and alongside Rifatullah Mohmand, I was one of the top run-getters for FATA. This proved to be good preparation for the 2016 Quaid-e-Azam trophy. I scored very well in the first four games but then the performances tapered off as we approached the Super Eights stage. I feel that I could have scored much more but some of the pitches we got were really not conducive for batting and teams were getting out on low scores. I know that I put in a lot of hard work in preparation for this season, including participating in a Peshawar Zalmi tournament ahead of the start of the Quaid-e-Azam trophy where I was one of the top batsmen.

Despite doing well for FATA in First-class games, I love batting in the shorter formats of the game and prefer a middle-order role in the batting line-up. This is because my team management feel that my batting is at a level where I can play an important role in building and controlling my team’s innings. They feel that I can play the big shots when necessary as well as stabilize the innings when needed.

Amongst Pakistan batsmen, I absolutely love the way Sharjeel Khan plays but Rohit Sharma and Yuvraj Singh are my non-Pakistani favourites.


Hopes of playing in the PSL for Peshawar Zalmi

I am honoured and extremely happy that my name has been picked by Peshawar Zalmi for the upcoming PSL 2017 tournament. This has been great news for me but also family and friends have been overjoyed by the news that I could be featuring in a high-profile tournament such as the PSL. The true credit for this must go to Mohammad Akram and Shahid Afridi for their interest in my career. They had both seen me play well for the Shahid Afridi foundation team in matches held in Ramadan recently and that must have had a factor in my selection for the Zalmi team.

I believe that all this hard work I am doing and have done in the past has only been done for one reason and that is to represent my country. That is all I am aiming for and you will see me put in more efforts whenever I am given a chance to try and impress selectors about my skills and talents.
Discuss!