A comprehensive profile of a young batsman from Dera Ghazi Khan who has been one of the best performers in the 2018 edition of Pakistan's premier first-class tournament, the Quaid-e-Azam Trophy. 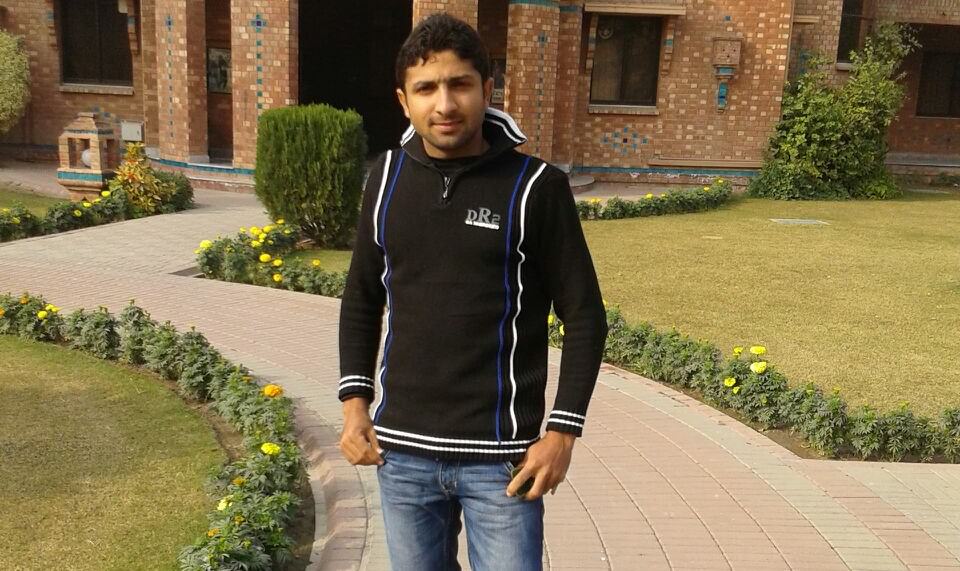 I remember as a youngster, my uncles were really into cricket and they were always playing the game and I would watch them closely and that's how I got into playing. They didn't play professionally but were decent club cricketers and not only did they play a lot of cricket but talked about it a lot. So from watching my uncles, my interest built up.

Initially I played for my school team and a friend of mine played for a local club in Dera Ghazi Khan and he suggested that I join the club that he played for too. I went along, joined the local club as I wanted to get the opportunity to play more cricket whilst also studying. The facilities were not very good there but it was fun and they were good days. I got a good grounding of cricket in a pretty competitive environment and I will always appreciate the help and hard work of the coach there who was called Riaz. Even to this day I go to Riaz sahib for advice on my batting.

After being spotted whilst playing club cricket at the junior level, I was selected for Multan Region Under-16s where I performed well. As a result of consistent performances with the bat at the Under-16 level, I was sent to the National Cricket Academy in Lahore to work with the coaches there and get the opportunity to train with the best coaches in Pakistan and use the best facilities.

After performing well at the Under-16 level, the natural progression was to move up to the Under-19 level. This step-up went well and I scored heavily at the Under-19 level, making 900+ runs in U-19 tournaments during 2013/14. The national selectors and coaches were impressed so I was then selected for Pakistan Under-19s. I was picked for the Under-19 World Cup in UAE in 2014, but I didn't really get a chance here as I was up against Sami Aslam and Imam-ul-Haq. I just played a warm-up match against Australia Under-19s and UAE Under-19s. I have also toured Sri Lanka and Kenya with Pakistan Under-19s.

I came back from the Under-19 World Cup in UAE in 2014 and was appointed as captain of the Pakistan Under-17s for the tour of England. This tour went really well for me and I was named Man of the Series after a run of consistent scores.

After the Under-17 and Under-19 level of cricket I signed for Multan Region in Grade II cricket. I was the top scorer for Multan Region in the 2016/2017 Quaid-e-Azam Grade II tournament, and second-highest overall in the tournament with 562 runs in 6 matches. This was huge as it was early days for me in Grade II cricket and a big jump from junior cricket. I played against the Faisalabad Region team which included Misbah-ul-Haq and scored a century against them in the final, 130* out of a total of 245. Misbah was very impressed and asked me to sign for his first-class team SNGPL.

Having done well at the Under-19 level and in Grade II, my name was being mentioned by a few first-class teams but I joined SNGPL after Misbah suggested that I sign for them. Sadly, I only played 2 matches whilst at SNGPL and that was down to their strength in depth in terms of players they have available. They had the likes of Misbah-ul-Haq, Mohammad Hafeez, Azhar Ali and Asad Shafiq in their squad and they have huge resources at their disposal. But it was a great experience to learn from the likes of Misbah-ul-Haq, Mohammad Hafeez, Mohammad Rizwan and Iftikhar Ahmed.

After leaving SNGPL, I came back to Multan Region, my home region, who by now were back in first-class cricket. This season has been brilliant for me so far and I am amongst the top-scorers in the Quaid-e-Azam Trophy. The season has been superb so far and I hope that my good form continues.

As a left-handed batsman myself, from Pakistan my favourite batsman is Salman Butt. My all-time favourite player though is the Sri Lankan legend Kumar Sangakkara whose style and temperament really impress me. I'm also a huge fan of Virat Kohli, he is just a superb role-model for all cricketers around the world.

Initially, I had a problem against left-arm spinners but I feel that was just a phase in my batting that I was going through. I would get set and then get dismissed by a spinner, but I've rectified that issue and am feeling a lot more confident and in control against spinners.

I always believe in hard work and getting the rewards for your hard work. I have always dreamt of playing for Pakistan. When you have played for your country at junior levels then all you want to do is to play for your nation at the highest level of cricket. The competition is tough and you are up against the best in your country, but I have self-belief and confidence in my ability. I have had to work hard through the system in Pakistan cricket and nothing has come easy. I have performed at all levels so far and I am confident I will continue to do this. The aim is for consistent performances in domestic cricket, selection for Pakistan A and then for my country.