A profile of a young batsman from Karachi, who has come into the limelight due to his elegant batting style which resembles Indian captain Virat Kohli. 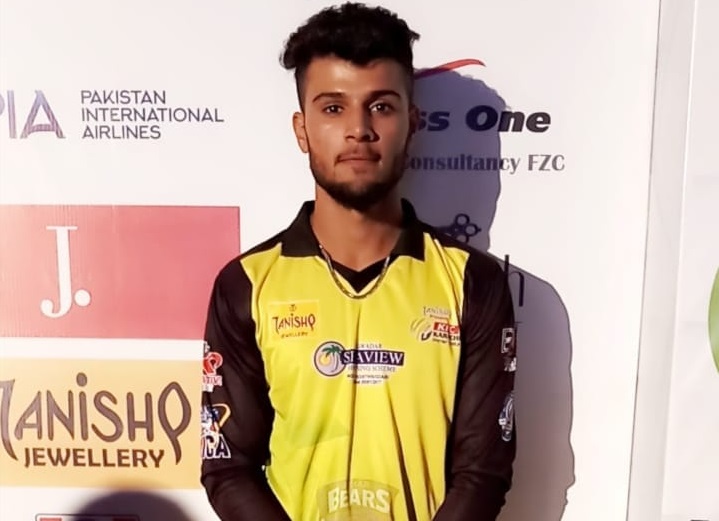 I was born in the Lyari area of Karachi where historically most of the interest has been in the game of football but what changed things for me was watching Pakistan win the 2009 World T20 title. That inspired me to take up cricket and I started to play tape-ball cricket around the side streets of the area I lived in. Although no one in my family had played cricket at any level, I was lucky that my father had a great love for the game and he wholeheartedly encouraged me to take up the game.


Playing hardball cricket and Under-16 cricket

At the age of 12, I joined the National Bank Cricket Academy in Karachi to understand the hard-ball game better. I was then asked to play Under-16 cricket for Quetta in Balochistan due to the fact that Lyari area is close to Balochistan. That first season was a bit disappointing as I was very young, and I was only there it seems to get a feel of playing good quality cricket. In the second year of playing Under-16 cricket, I was selected by the Dera Murad Jamali team and did really well at this level.

Based on my performances at the Under-16 level, I was invited to the NCA in Lahore to train under coaches such as Mansoor Rana, Ali Zia and Mushtaq Ahmed. All of the coaches appreciated my skills and told me that I had the talent but needed to work harder.


Playing Under-19 for Dera Murad Jamali

I am very honoured by comments from many people who recently saw me play in the Ramadan T20 tournaments in Karachi and likened my batting style to that of India captain Virat Kohli. To those who have seen me from the time I started playing, this will be nothing new as the only player I have tried to copy is Virat Kohli. I really like his stance and trigger movement and I'd love to meet him one day as well.


Favourite format of the game and scoring shots

The formats of the game I wish to play most and that I enjoy the most are the 3-Day and the One-Day ones, although T20 format is also very attractive and I don’t mind playing in league tournaments such as the Ramadan ones, as they give a lot of exposure to young players like myself. In terms of my favourite shots, I like playing the slog-sweep and also like to take on the bowlers by playing the ball over their heads or the straight drive. I haven’t had any proper coaching and most of what I have learnt is from observation or practice. The only real coach I have had was in my days at the National Bank Cricket Academy in Karachi and that person was Sajid Ali. Since then, for almost 4 years, I have had no personal coach and I have relied on my own abilities to improve my game.

Like many other young cricketers of my age, I am very interested in playing in the Pakistan Super League and I am hoping for someone to give me a chance to perform in that tournament. Also given my age, I can still qualify in terms of the age restriction for the ICC Under-19 World Cup in 2020. To play for Pakistan in such a prestigious tournament will be a huge achievement for me and I will put in as much work as I can to make sure that I am noticed by the selectors. Sometimes, one needs luck more than actual performances to be noticed by selectors so hopefully luck will favour me, God Willing. I am also hoping that participating in such competitions will give me a chance to one day, play for Pakistan as well.