A comprehensive profile of a talented young batsman from Karachi who has put in some good displays for the Sindh 2nd XI in domestic cricket recently. 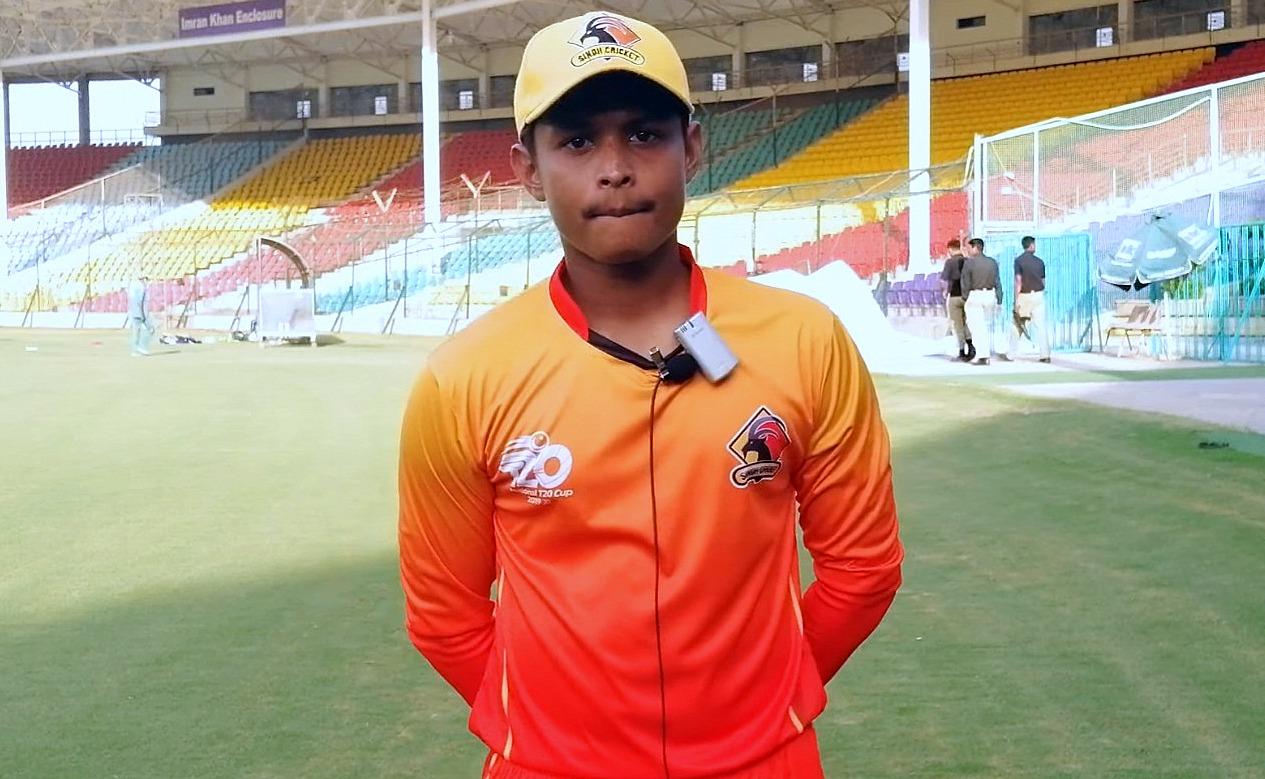 Like most youngsters interested in the game, I used to play tape-ball cricket around the area I used to live in which was Nazimabad in Karachi. Given my love for the game, in 2008 I was advised by my friends to join a summer camp for cricketers in the Asghar Ali Shah Academy and I then went on to join the academy where I got my first taste of hard-ball cricket. My parents didn’t mind me joining the academy at that time as they didn’t think that this would be a full career but later on, they understood my passion and accepted it. In 2011, I moved on to play club level cricket for Sir Syed CC where after an initial period of time where I didn’t get to play too many games, I started to perform well which lead to my appearing in trials for the Karachi Regional Under-16 side, starting in 2012.

Playing Under-16 cricket for Karachi Region

After trialling for 3 years, I was finally selected for the regional Under-16 side in 2014. In the PCB-PEPSI Cricket Stars U-16 Two Day Tournament that year I played 5 matches, scoring 322 runs at an average of 46. In this tournament, I hit three fifties and was the 4th highest run-scorer which really filled me with pride.

My excellent performances at the Under-16 regional level caught the eye of the selectors and I was chosen for the Pakistan Under-17 tour of England. This was the same side which contained the likes of Hassan Khan and Zeeshan Malik so I was in good company but for me this was my first overseas tour, so I didn’t really have much experience of the conditions and my performances weren’t that great.

I moved on from the disappointments of the Under-17 tour as I was asked to play for Karachi Whites Under-19s team where in 7 matches in the Inter Region Under-19 One Day Tournament (2015/16), I scored 157 runs. I also did well in the Inter-Region Under-19 Three Day Tournament 2015/16 where in 5 matches, I hit 426 runs which included a hundred and two fifties. I also had some excellent performances for Karachi Zone 2 in the Inter-District Under-19 Tournament in 2015 where in 6 matches, I got 407 runs, which also included a hundred and two fifties.

The Karachi Kings PSL experience in 2017

I missed out on selection for the Pakistan Under-19 squad for the 2016 Asia Cup due to an age restriction ruling imposed by the authorities. However, fortune was on my side as Abrar Ahmed and I were asked to appear in Karachi Kings trials for PSL in 2017. These trials took place at the same time as Abrar and I were participating in a three-day Under-19 tournament in late 2016 which was being played in Azad Kashmir. We were both called to Karachi to take part in trials for the emerging category and after attending the trials went back and waited for the results of the trials. We watched on TV as names were announced and Abrar’s name was announced but my name did not come up, later on once I had gone to my room, our manager told us that my name had also been announced. I was really happy and woke my parents up in the middle of the night to give them the good news.

I was part of the Karachi Kings squad for 2017 edition of PSL and let me say that this was an amazing experience. I didn’t play any games but just sharing the dressing room with some top international names and practising in the nets with them and seeing how they prepare for games and also conduct themselves was the stuff of dreams for me.

During the summer of 2017, a lot of our players were away in England playing cricket or on holidays and when a triangular One-Day series involving Habib Bank Limited (HBL), State Bank of Pakistan (SBP) and UBL was arranged, I was given an opportunity to play for UBL side. In my first game versus HBL, I scored 145 and really impressed the team management and I was then given a contract of employment to play in all formats by the UBL side. It was later that year in October that I was asked to debut in First-Class cricket in the game against KRL in which I scored 56 runs.

Chance to play the 2018 Under-19 Cricket World Cup

I was fortunate to be selected for the Pakistan side for the 2018 Under-19 World Cup after trials at the NCA. The selection process was very thorough with 30-35 players from Pakistan competing for a chance to represent the country in the tournament in New Zealand during January-February 2018. Whilst being selected after trials was a huge honour for me, my performances in the tournament were very disappointing even though in the build-up to the tournament, I did very well in series against Australia and New Zealand. I felt that I had the momentum with me which I could take to the World Cup, but it was not to be. I did not perform well in that tournament and that was a depressing time for me as I really had no one to share my feelings with, within the team and I felt very lonely as things weren’t going according to my expectations.

Experience of playing alongside big names at the SSGC

With the UBL team being disbanded, I was asked to play for SSGC in the 2018 season where I played List A games in a team which had the likes of Babar Azam and Shoaib Malik. Whilst the bigger names were away for international assignments, I also got to play alongside and interact with the likes of Mohammad Amir and Usama Mir but Fawad Alam was a great help for me as he would really help me out in nets and sometimes we would practice together as well.

Thankfully, I am now doing well in the 2nd XI tournaments for Sindh. There was a time when the new setup was announced that I had no idea what the future had in store for me as I was worried that I would have no team to play in. But once I was named for the side, it became my focus to try and do as well as I can and put in good performances and thankfully, I am doing that now especially with the 144 runs I recently scored against Khyber Pakhtunkhwa.

Babar Azam is my role model

I am a great fan of the batting of Babar Azam because he plays all formats of the game with great ease. This is how I want to style myself as well so that just like Babar, I want to be able to play all formats of the game and serve Pakistan. In terms of my favourite shot and one that gives me a lot of satisfaction, I would say that I love to play the straight drive against any kind of bowler.

I do not want to be cast as a specialist in one format and consider myself able to play in all formats of the game and as per the team’s needs. I do not have any long term aims as I always set short-term goals for myself and the one I am looking ahead to now is participation in the next edition of the PSL. But like any other Pakistan cricketer, it is my ultimate aim to represent my country at the highest level of the game.