A profile of Mohammad Mohsin, a leg-spin bowling all-rounder from Swat who has impressed fans with impactful performances in recent T20 tournaments in Pakistan. 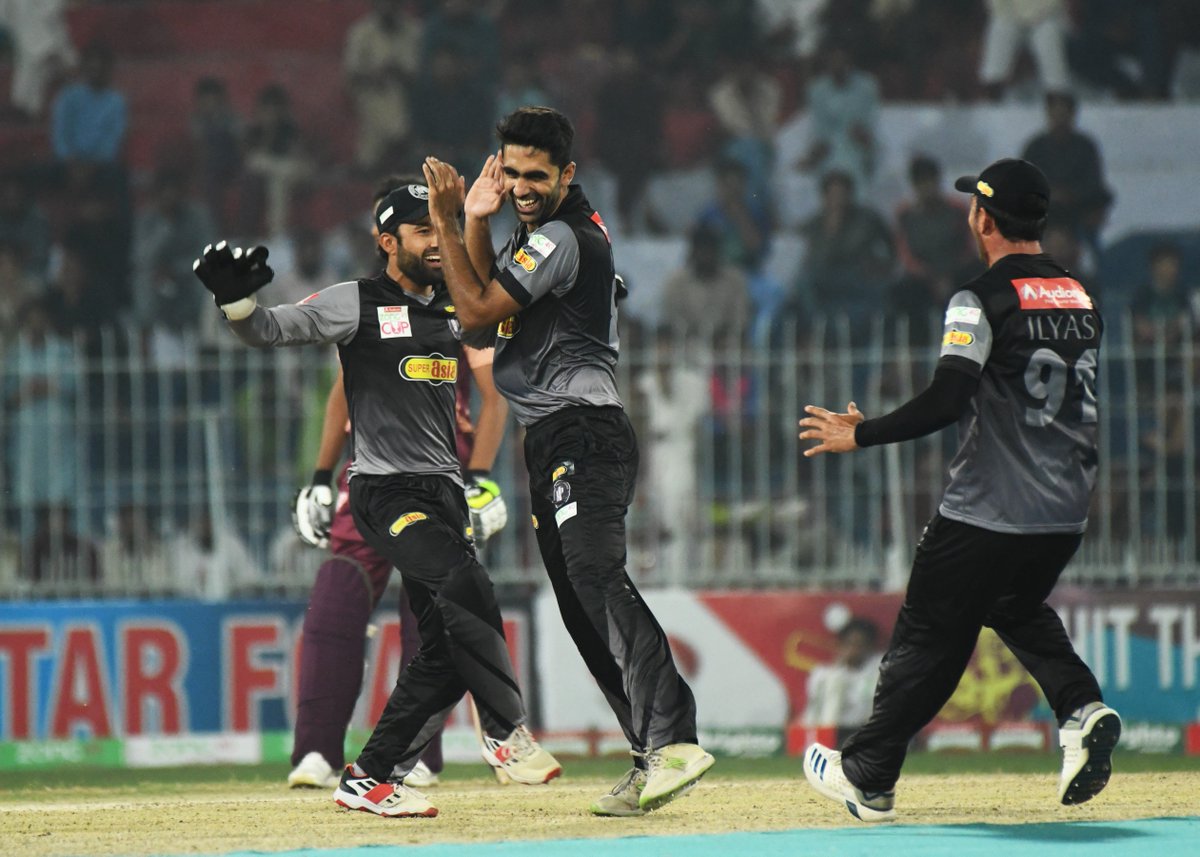 I learnt the game on my own from an early age without any coaching and played tennis-ball cricket when I was living in Sargodha as my father was posted there. I lived in Sargodha and completed my secondary school education there as well and I was also lucky that my passion for the game was completely supported and encouraged by all my family members. I suppose they really had no reason to complain as throughout my cricket career, education has been an important aspect and I have completed a B.Sc in Computer Science as well.

My hard-ball cricket career began in 2011 after I was called to play for a club in a place called Jauharabad which was near Sargodha. The reason I was asked to play without trials was due to my reputation as an aggressive tennis-ball player and I did not disappoint, scoring 50-60 runs and taking a few wickets as well. The club management were very impressed with my performance and took me for Faisalabad District Under-19 trials where I was selected out of a group of 9-10 players. This was a good chance for me to impress and I took full advantage of this opportunity by becoming the second highest run-getter for my district and also did really well in bowling. It was my hope that I would then play regional Under-19 cricket but that did not materialise and I missed out on that level of cricket for one year.

I moved to Peshawar for my university studies at the UET where I completed my B.Sc in Computer Science. I would practice and play a lot of cricket at the Islamia Cricket Academy which was close to my student hostel. However, due to technicalities caused by my domicile of place of birth, I would have to go to Swat to play Club Cricket and a few times I would play a club game one day and then rush back to Peshawar for an exam at my university. I did manage to play for Swat at the senior district level that year but my performances weren’t that great.

However, in the next year in 2014 my batting average was around 50 and I also took 5-6 wickets. All this helped me to appear for trials for the Peshawar Under-19 Regional side where Basit Ali and Abdur Rehman were present who were really impressed by my bowling as a lot of batsmen could not read my deliveries. I was then offered a chance to debut in first-class cricket for Peshawar in 2015 against United Bank Limited. Whilst this was a great achievement for me, the match was curtailed by rain and I couldn’t get much of a chance to perform in that game and the rest of the season. Unfortunately, the next year 2016 proved to be a disappointing year for me in First-Class cricket. This was because I was unable to retain my position in the Peshawar side due to what management perceived to be unsatisfactory performances but that was puzzling for me as I only played 2 games in the previous season and did reasonably well in district level cricket. The same happened in 2017 and it seemed that some sort of lobby politics was keeping me away from First-Class cricket.

I performed exceptionally well at the Regional Inter District Senior Tournament 2018/19 with 476 runs (2 100s, 2 50s) and 7 wickets in just four matches and thus earned a chance to appear in the training camp for Peshawar in the upcoming season. However, once again, I was disappointed as they sent me back after the camp, saying that they would let me know when they needed me. But, as luck would have it, I was called to play for Peshawar in 2018 for List A games due to poor performances by some players during that season. I debuted in List A for Peshawar against Lahore Whites in the National One-Day Cup scoring 53 runs and taking 2 wickets and based on that performance, I was re-inducted into the first-class side where I scored my highest score of 140 against Islamabad in a successful fourth-innings chase of 377. In total in that season, I played 4 first-class games, in which I ended up with 264 runs and also took 2 wickets.

I was asked to play for the Peshawar side in the National T20 tournament in 2018 and I debuted in the game against FATA. This opportunity came about due to an injury to Fakhar Zaman and this tournament turned out to be a good one for me as I scored 119 runs in 7 matches and took 4 wickets. I was then asked to play in two Ramazan tournaments in Karachi and it is there where I gained national exposure due to my excellent performances. This is due to the fact that these tournaments receive a lot of hype as some of our top cricketers come and play these tournaments. I had some excellent outings in the Corporate T20 Cup such as when I took 3/16 for K-Electric against NBP which did help my case in the shortest format of the game but unfortunately did not help in my desire to find a place in a first-class side, as I found out in 2019.

There were some big changes in Pakistan’s domestic system for 2019 but there was bad news for me as my name was not featured in the 1st or 2nd XI sides. I was classed as a white-ball specialist which was a bit disappointing for me as I feel I had done enough in previous seasons to be considered for the longer formats as well. But I took that as a challenge and decided to do so well in the National T20 Cup that this would force the selectors to pay attention to me for the next season. In taking 9 wickets in 6 games with a memorable haul of 4/17 for Khyber Pakhtunkhwa, I feel that I have done what is needed to show my utility as a player. Of course, I also enjoyed performing in this tournament with the wickets of Kamran Akmal and Sohaib Maqsood the most memorable for me as both failed to pick my googly. I am also fortunate that I had the likes of Mohammad Rizwan and Fakhar Zaman around me who really appreciated my skills and boosted my confidence with some very encouraging comments.

In late 2017, Islamabad United held a talent hunt tournament in which I was declared the best all-rounder with a century to my name in the final game. This was a match featuring the likes of Shadab Khan and Rumman Raees and I showed my skills by hitting Shadab for 3 sixes. Unfortunately, I was not picked for the Islamabad United side for the 2018 edition of the PSL despite being told that I was good; I suppose they had a change of heart during the draft process. Next year, Karachi Kings offered to take me into their squad based upon my performances in the Ramzan tournaments in Karachi but once again, due to reasons best known to them, I was ignored for the 2019 edition of the PSL. My name has now been mentioned for the draft for BPL in 2020, and I am also looking forward to the next edition of the PSL and have been told that I have a good chance of representing a franchise in this prestigious tournament.

I am a great fan of Yuvraj Singh for his style of batting. I also follow AB de Villiers as he is a complete sportsman who can play many sports which is similar to myself as I am also an excellent Basketball, Badminton and Table Tennis player as well. In terms of my preferences in cricket, I play red-ball cricket as a pure batsman and bowl occasionally whilst I play as a full-fledged bowling all-rounder in white-ball cricket. That is because my height and bowling action suits the style of play needed in Twenty20 cricket where I bowl and then bat in the lower order in a pinch-hitter role.

I was invited to take part in a bowlers' camp by Waqar Younis prior to the Australia tour and I thoroughly enjoyed it as I got to bowl for many hours to Pakistan’s best batsmen in the shape of Babar Azam, Azhar Ali and Imam-ul-Haq. My bowling was appreciated by all the batsmen and that gave me an added reason to try and do well so that I can be part of the national squad in any format, in the future. For now, I am over the moon as are my parents that I am part of the squad for the ACC Emerging Teams Asia Cup and I'm hopeful that I will be able to showcase my skills there.