A comprehensive profile of highly-rated Mianwali-born batsman Mohammad Irfan Khan Niazi, who has put in some impressive performances for Pakistan Under-19s and in the ongoing Quaid-e-Azam Trophy (2nd XI). 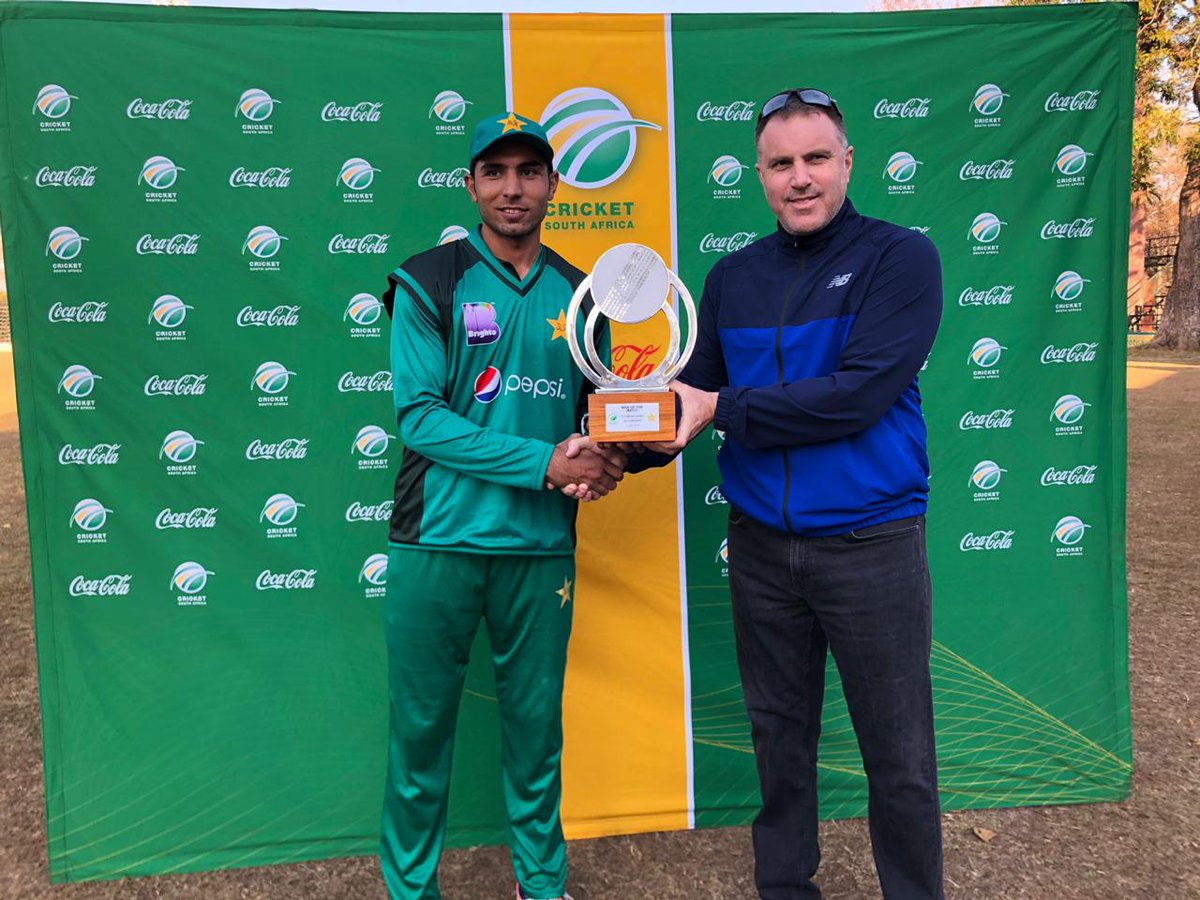 Interest in cricket and playing hard-ball cricket in 2015

I used to play tape-ball cricket during my early days, but the captain of a local club felt that my batting skills could be put to better use by playing proper hard-ball cricket and that’s where I started to play club cricket at the Ikram Shaheed Cricket Club (Mianwali) in 2015. Initially, there were some reservations from my uncles about my playing cricket but thankfully my father was on my side. I have also continued my studies in Faisalabad on the side and hope to enrol in a university for a degree course in the future.

Playing District Under-19 cricket for Mianwali in 2016, and Regional Under-19s for Faisalabad in 2017

After gaining experience at club level, I was selected to play District Level Under-19 cricket for Mianwali. This was my debut season and I did not do that well but learnt a lot from this experience. All this turned around in 2017 when I was appointed captain for the same side, District Level Under-19 Mianwali, upon some good performances. 2017 was also the year when I was asked to play Under-19 cricket for Faisalabad Region where I quickly gained the reputation of being a key player as I was the third-highest run-getter for my side.

My good form continued in 2018 where I continued to captain the District side and was also appointed captain for the Faisalabad Regional Under-19 side too. I had a great time fielding in that season as I took 27 catches and I was the 2nd highest run-getter in the Inter Region U-19 Three Day Tournament 2018/19 with 453 runs in 8 matches with 1 hundred and 2 fifties. The season could have ended up even better for me had I been picked for a PSL side for the 2019 edition but despite my name being part of the emerging category, I was not selected by any franchise.

Based upon my performances for Faisalabad Under-19 Region where my side became finalists of the 3-Day competition and I had the distinction of scoring a match-winning century in the final game, I was asked to attend the training camp for the Pakistan Under-19 side for the tour of South Africa. This was a tour that I will remember for a long time as we white-washed the hosts by winning all 7 Youth ODIs and I scored a very satisfactory 208 runs in 6 matches, including an innings of 122. Representing Pakistan at the Under-19 level was a great feeling for me and really boosted my confidence. The wickets in South Africa were very different from what we were used to in Pakistan as there was much more pace and bounce on offer, especially the Durban wicket was a tough one to bat on, but I really enjoyed playing on those surfaces. I think the most satisfying part of this trip was that not only did my coaches praise my batting, but I also got a lot of positive comments from the opposition team as well.

It is an amazing experience for me to be part of the Central Punjab 2nd XI. At one point in the tournament, I was the leading scorer but I am now in the top 10 (with 434 runs in 8 matches at an average of 54) as I didn’t get a chance to bat in a few matches. As a young batsman, I have been lucky to play against teams with some excellent and well-known players such as Awais Zia, Mohammad Sami and Raza Hasan. Incidentally, it was against a bowling line-up containing Raza Hasan where I hit seven sixes during my innings of 85.

Aspirations to play in the 2020 edition of the PSL

This is a big goal on my list, and I am hoping that with all the good performances under my belt so far, the Almighty will give me a chance to play in the next edition of the PSL.

Shane Watson has always been my role model as I really like his batting style and also his mental strength is awesome. As for me, I don’t copy anyone in batting as such and have my own individual style. I love to play in all formats of the game, in fact, the challenge of playing in different match situations is one that appeals to me a lot. I feel that the more difficult the conditions, the more enjoyable it is for a batsman like me to help my team win. I can pull the ball when needed but the shot that gives me the most satisfaction is the straight drive.

Like any youngster, I would love to be part of the Pakistan squad for this tournament. It will obviously be an honour to represent my country and help lift the trophy, but what would really please me is if I can win the Man of the Tournament award as well. Of course, the ultimate aim is to use all these performances as a way of getting noticed by the selectors so I can represent Pakistan at the national level one day, Insha'Allah.