A profile of an exciting young fast-bowler from Karak, who put in some impressive displays for Balochistan recently in the National T20 Cup. 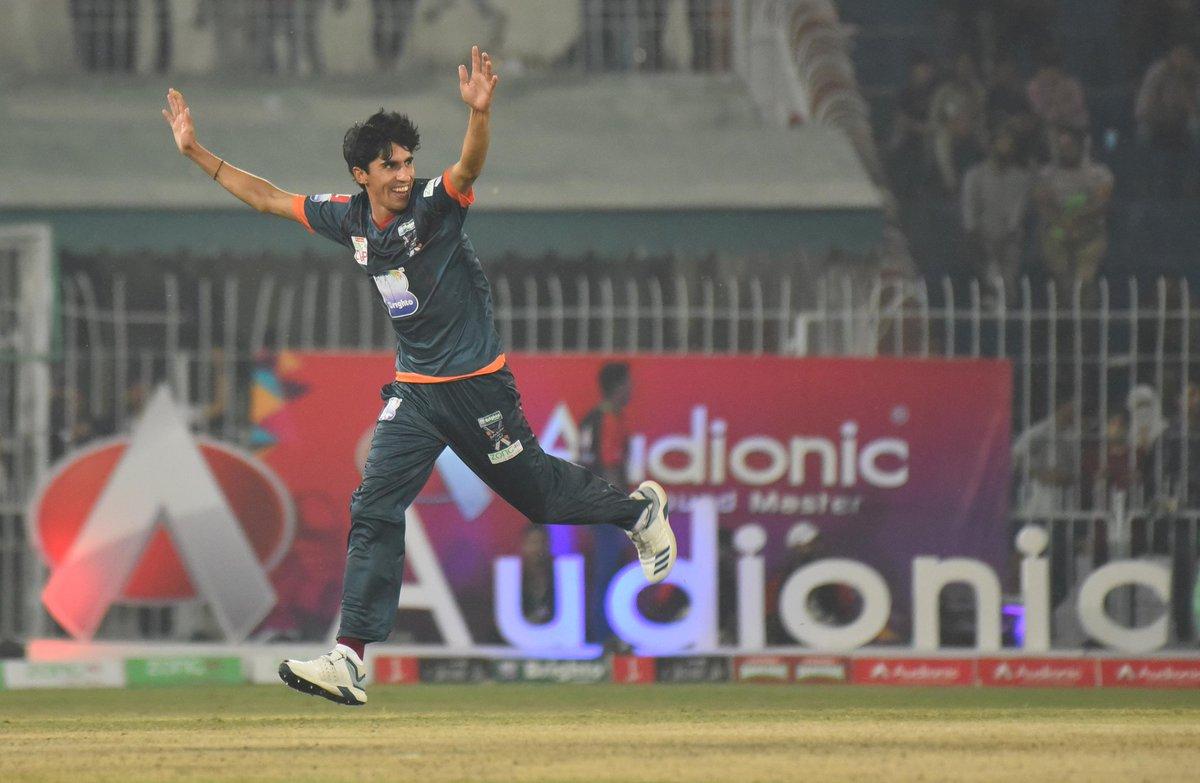 Karak is not that well developed as a town and the facilities aren’t that great for playing cricket, so all I could do was play tennis ball cricket in the streets in my area and I did excel in that style of cricket. A friend advised me to pursue a career in cricket, so I started to think along those lines. But I had a problem; as a family, we weren’t that well-off and I used to help my late father run a small shop in our area. I had to hide my love for the game from my father and used to play cricket without telling him. I am always thankful to The Almighty that He helped me through my tough times to pursue my passion for cricket.

A late introduction to hard-ball cricket in 2018

I played no hard-ball cricket due to the fact that I could not leave Karak because of my family’s financial problems, but in 2018, I got a chance to participate in trials for Karachi Kings held in Dera Ismail Khan for the 2019 edition of the PSL. I had seen the announcement on Facebook and this was my first proper experience with hard-ball cricket so I went there and my bowling was clocked at 145 KpH. Seeing that I could do so well with the hard-ball in hand, I started to feel that I should now start playing this form of cricket.

Disappointment of missing out on PSL in 2019

Due to my fast-bowling skills at the trials, I was being considered as a favourite for being picked by Karachi Kings firstly for the Emerging category and then as the 21st player for PSL in 2019, but unfortunately, I was not chosen for either. This was because, as Wasim Akram who is president of Karachi Kings told me, the PSL side needed a spinner as they had enough fast-bowlers on-board and so they decided to choose Umer Khan. This was a disappointment for me, but I left it in the hands of The Almighty and decided to move on. For Umer Khan, as we all saw, this was an amazing experience and I do wish him all the best for the future.

Fired up by my desire to play hard-ball cricket, I joined the Model Cricket Academy in Peshawar in 2019. In March of 2019, I was invited to attend the NCA Remote Areas Programme at the Jamrud Cricket Stadium where fast-bowlers were given a chance to impress the NCA Coaches. At this camp, I was the fastest bowler on display, clocking 146 KpH. I was then invited to attend the Skills Development Camp for Fast-Bowlers in the NCA in Lahore in April 2019 where the coaches found some issues with my action and worked extremely hard with me to fix these problems. During this time, I also received a lot of appreciation for my style of bowling from Mudassar Nazar which was very satisfying for me.

I was fortunate enough to be invited to the Emerging Players High Performance Camp at the NCA in June this year. The Pakistan Head Coach-Chief Selector Misbah-ul-Haq, was at that time busy working with the senior players but he also spent some time with us and I really enjoyed working with him during that period. Misbah-ul-Haq really liked my bowling and then picked me for the Balochistan side for both the Quaid-e-Azam Trophy and the National T20 Cup.

When I started off in the National T20 Cup in 2019, Haris Sohail was my captain and he had previously seen me bowl at the Gaddafi Stadium. He was very impressed by my bowling and put a lot of faith me. I was also encouraged a lot by the rest of the side and when I started to take wickets of some very established players such as Umar Akmal, Shan Masood, Mohammad Hafeez, Umar Amin and Shoaib Malik, they were really happy as were my parents back home.

Shoaib Akhtar as my role model and bowling quick

My role model has always been Shoaib Akhtar as I always wanted to bowl fast like him, but he was a right-armer so then I decided to model myself on Mohammad Amir. I had the chance to meet Mohammad Amir during the Emerging Players Camp where he taught me a few varieties. I also had the chance to talk to Wahab Riaz and Usman Khan Shinwari during that same time and they all said to me that I had the talent but needed to work harder to achieve my goals. My favourite wicket-taking delivery is the in-swinger but I do like bowling a good yorker too. Currently, I can maintain a speed of 140KpH in my bowling and can go up to 145KpH, and I am hoping to increase this further in the future.

Aspirations to play PSL and Test cricket for Pakistan

I am currently representing Pakistan in the ACC Emerging Teams Asia Cup and hoping to do well for my country. I am also very hopeful of playing in the next edition of the PSL after my performances in the National T20 Cup. I know that I had some issues with my fitness before but now I am in much better shape and it's my wish that in the future I will become good enough to represent Pakistan in Test matches.