A profile of young batsman from Sialkot, Abdullah Shafique, who has recently caused a stir with some big scores in domestic cricket. 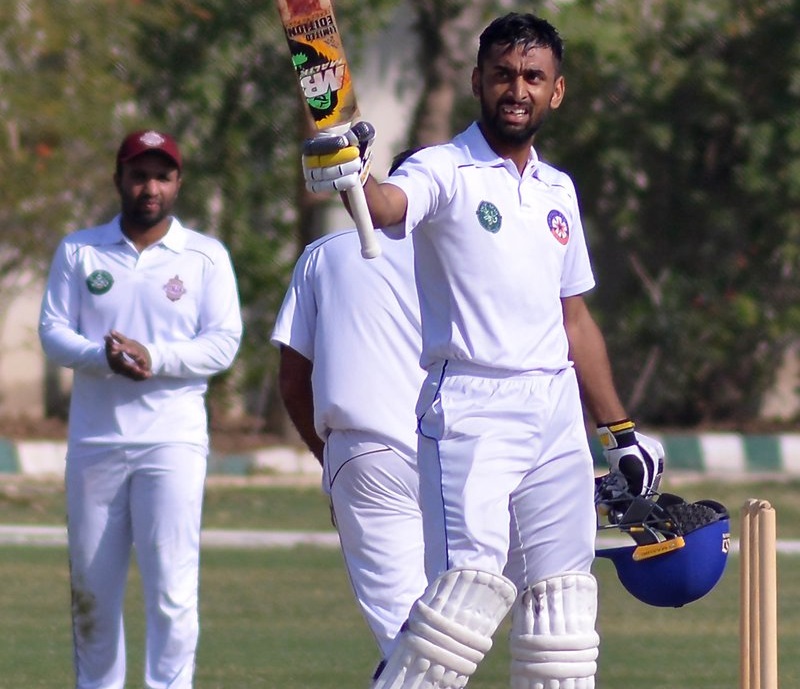 Just like any other kid in Pakistan, cricket was always around me and so my interest in the game was a natural one. In my area, I would see people in my neighbourhood playing the game and I would join in and eventually my love for the game grew. My interest was also fuelled because of seeing top stars live on television. Playing for my nation, eventually, was something I had always dreamt about. The love for Pakistan was very much a factor, and I wanted to bring happiness to my people by representing the country.

Of course, like others, I started playing cricket with a tape ball. I think it is a benefit to your game playing tape ball early on, because the pace of the ball is so fast, which gets your hand eye co-ordination improved up to a good standard, and when you face a hard ball, the pace of the ball is something you don’t worry about. You have some negatives also which are, sometimes it isn’t good for developing horizontal bat strokes, which are required in top level cricket. But overall, I love tape ball cricket, and it is always fun to play with friends and family.

Support for my playing ambitions from the family

I have been lucky that my family have been very supportive of me playing cricket. They realised I have a dream, and they have supported me in fulfilling it. But they say I can play cricket on only one condition, that is that I must continue my studies whilst playing which is what I have done and have passed intermediate level of studies.

My first exposure to hard-ball cricket was when I was 10 years old. The year was 2009 and this was around the time when Pakistan won the World T20 Cup in England. I have learnt so much from Amir Waseem at his cricket academy. His passing away in 2018 was an extremely sad moment for me as I owed so much of my cricket to him.

Playing Under-19 cricket at the District Level

Based on my club performances, I was selected for the Sialkot Under-19s District side where I played in the 2-day Inter District Under -19 Tournament 2015. I played 9 innings in total, scoring 594 runs at an average of 84 with 2 centuries to my name and a highest score of 216*. A few months later, in the Inter Region Under-19 One Day Tournament 2015/16, I averaged 80, scoring 320 runs in 5 innings with a highest score of 181 which included 2 centuries. Saif Badar and I opened the innings on many occasions in these tournaments.

Based on my performances at the Under 19 level in 2015/2016, I was selected to play for the Pakistan Under 19 side for this tournament. It was a great experience playing in a side which had the likes of Muhammad Musa, Hassan Khan, Shaheen Shah Afridi and Rohail Nazir. However, the real charm was to have had the opportunity to play against the likes of top players such as Mujeeb-ur-Rehman and to score 60 against Afghanistan. Overall, my performance wasn’t that great in this tournament, but it was the first time I was playing on a top stage and the experience I gained from it was invaluable.

To be honest, it was a dream come true for me to be selected for the Central Punjab team. Whilst I didn’t play the first few games of the tournament and was also not part of the Twenty20 squad, but I am proud to say that I did well when I was given the chance to participate. In my debut game versus Sindh, I scored 36 and 69. In my next game I scored 205* and in the fifth game I followed that up with 124 against Khyber Pakhtunkhwa.

Scoring a century on First-Class debut

Scoring a century on debut is something I have always dreamt about and this has been so far the highlight of my career. It was a great experience being in partnership with Ahmed Shehzad bhai who helped me so much through that innings. I have always set myself high goals such as wanting to score a century on debuts in First-Class, List-A, ODI and Tests. It seems that one part of my wish has come true, I just hope that I can fulfil my other aims as well in the future.

I was happy to be part of Multan Sultans in 2018 after being picked for the emerging category of players. Although I never played a game in the PSL, but it was great to be in a dressing room with greats like Shoaib Malik, Wasim Akram and Kumar Sangakkara.

Disappointments in my career

My biggest disappointment was to miss out on the 2018 ICC Under 19 World Cup, but then everything happens for a reason and I have no regrets.

I am an opener by my training and have generally opened all my career but in my debut first-class game I played at the number 3 position. Growing up I always loved Ricky Ponting as I really loved his pull-shot. Right now, I am a big Virat Kohli fan. What amazes me about Kohli is his hunger for runs, the way he works on his fitness, the way he thinks about the game. I always see videos of Kohli in the gym, and it pushes me so much to work harder as I too love the gym, and train extremely hard. I want to have international level fitness whilst I am at domestic level, so when I get to that stage, I can only improve. From Pakistan, I admire Shoaib Malik, as he has done so much for young cricketers like me in Sialkot. Of course, which Pakistani doesn’t admire Babar Azam?

My main aim is to play Test cricket for Pakistan. Whilst I do love the red-ball format, the PSL experience in 2018 has made me into a great fan of that tournament and I would love to be a part of it, especially now that it’s expected to take place in Pakistan in 2020. The PSL is nothing like a tournament that I’ve seen before, and that has totally transformed my game. I have made it one of my aims to make it into a PSL squad, and I am hopeful that I will be given the chance soon.

My other goals are to represent Pakistan in the 2023 World Cup and to become the highest run scorer for Pakistan in all formats. But I know that having dreams is one thing but to actually achieve these goals is only by hard work. Hard work is in my nature, as even if I have scored a century in the previous game, I will still work hard in the nets and I hope to be like this throughout my career.

Apart from cricket, my goals in life are to complete my education and be a good person. I want Pakistanis to be proud of their cricket. This game means a lot to us and that is the reason I want to make them all proud by my achievements, and to bring trophies to Pakistan.