A profile of Ali Zaryab Asif, a young batsman from Lahore who was Pakistan's top-scorer in their Under-19 World Cup campaign in 2018 and has recently impressed for Central Punjab in the Quaid-e-Azam Trophy 2nd XI tournament. 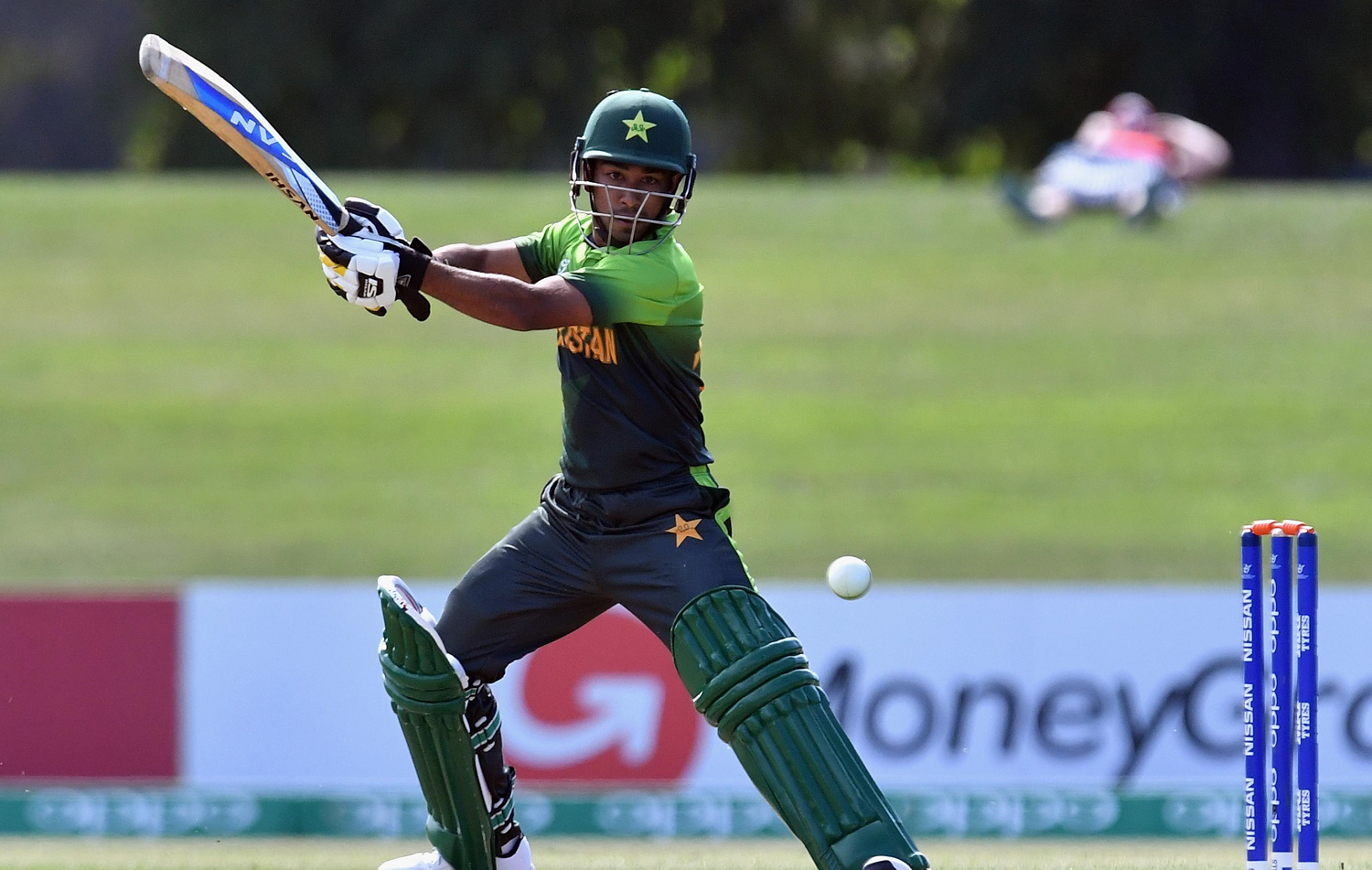 Unlike many other young players, I did not play any tape-ball cricket and my interest in cricket was fuelled by my father’s passion for the game and who got me enrolled into the Shafqat Rana Cricket Academy where I was fortunate to play alongside the likes of Abid Ali and Zafar Gohar who were my seniors. My first experience of hard-ball cricket was in 2009 and I was fortunate to have this at a very early age. I stayed at this academy for a year before moving on to Paragon Academy in 2010 which was started by my father, Mr. Asif Aziz, and this is where I still play my club cricket until today.

True product of the system

I am very fortunate and also proud of the fact that whatever I have achieved in cricket so far has been through hard graft and by going through the system, without any shortcuts. So, I went through the steps of club cricket, Under 16 and Under 19 cricket and I feel that I am a true product of the system of cricket in place today in Pakistan.

Playing Regional U16 cricket for Lahore

When I started playing cricket, there was no Under 13 level cricket in place and I had to work hard to get to the Under 16 level at a very early age and I did that in 2012/13. Whilst I was happy to have reached this significant stage in my cricket career, I did not put in any extraordinary performances and only played four games that year. The next season, 2014, in Under 16 proved to be much better, as I became the first batsman for Lahore Region since Babar Azam in 2008 to score a hundred in the 2-day tournament. I was also the second-highest run-getter in that tournament for my side.

Due to my Under 16 performances, I was made part of an NCA Colts U19 side and thus had the unique privilege of playing Under 16 and Under 19 regional games in the same year and within a few months of each other. Understandably, the move to Under 19 was a little overwhelming for me and I did not do too well in those games. The next year was a bit more settling for me; in a district-level Under 19 game, I scored 180. This allowed me to advance to Under 19 regional cricket, where I scored 3 centuries in the Inter Region Under 19 Three Day Tournament 2015/16, which in turn resulted in my selection for the Under 18 tour of Dubai to play in a six-nation tournament organized by the Kevin Pietersen Academy. I was then chosen as a reserve player for the ICC Under 19 World Cup in 2016 based upon my performances in the trial games where I was the highest run-getter. The reason I wasn’t chosen for the main side was that the PCB wanted to give preference to those Under 19 players who were in their last year of qualification for a Under 19 tournament and I had 2 years to go for that.

In my final year as a Under-19 player in 2016, I became the best batsman in the Inter Region Under-19 One Day Tournament 2016/17 with 339 runs at an average of 113 and that resulted in my getting a chance to play as vice-captain in the ACC Under 19s Asia Cup 2016/17 in Sri Lanka. This was a great experience for me but as a team, we did not achieve anything spectacular and were knocked out.

First-Class debut for Lahore Blues in 2017

In my final year as a domestic Under-19 player, I played in the Regional Inter-District Senior Tournament 2017-18 and performed well scoring 420 runs which allowed me to be selected for Lahore Blues. I played just one game for Lahore Blues in my debut season and ended up with an unwelcome record of a pair. This was possible because in my enthusiasm to impress, I agreed to open the innings when I wasn’t an opening batsman. I was the youngest player in the side, so I really didn’t get a chance to play again in the season, but the experience was an important one for my future.

Representing Pakistan in the ICC Under-19 World Cup in 2018

Just like for the ACC Under-19 Asia Cup in 2016/17, I was once again invited for the preparatory camp and trials in late 2017 for the ICC World Cup in 2018 which was held in New Zealand. I excelled during the trial games as the highest run-getter and I suppose I was better prepared then, having gained experience at the domestic Under-19 level. First, we went to Australia for a 3-match One-Day series, then played a 2-match One-Day series in New Zealand before playing in the World Cup. In the Australia series, I made two fifties but did not do as well in the New Zealand series. But once the warm-ups for the World Cup started, I began to feel good about my batting and scored well in the game against Namibia.

During the Australia One-Day series ahead of the World Cup, I was given the number 4 batting position to make my own, as I was considered the backbone of the batting line-up. I performed that role really well during the Australia series and when later on we reached the knock-out stages of the World Cup, my innings of 59 against Sri Lanka on a tough pitch and a low scoring game helped Pakistan reach the Quarter-Finals stage of the competition. In the Quarter-Final against South Africa, I continued my consistently good performances by scoring 74* to take our team to a 3-wicket victory. It is at this point during the end of game press conference that our captain Hassan Khan spoke highly about me and said that I was the “Wall” of the Pakistan side which was an amazing tribute because the man known as the “Wall” for India was the coach of the India side in the same tournament; I felt greatly honoured by that description of my skills. I was also delighted to have met Rahul Dravid during the tournament and it was a great pleasure to meet this great player in person. He also famously appreciated our young fast bowlers and we can see that he was right as Shaheen Shah Afridi, Musa Khan and Arshad Iqbal have all made names for themselves.

Disappointment of not being selected for PSL

Like any up and coming player, I was a bit disappointed that I wasn’t selected for the draft for PSL in the emerging player category for 2018, 2019 and 2020 seasons, despite my name being in the list. It’s a little difficult to understand why after performing so well I have not been able to make a place for myself at the PSL, but I suppose it is what it is.

After returning from the ICC Under-19 World Cup, I played and performed well in the Grade 2 Patron’s Trophy and was asked to play for Lahore Whites. In one of the most crucial games for Lahore Whites, where we were in danger of relegation, I batted at the number 6 position in that game against Islamabad and scored 112 runs. This helped our side draw the game and avoid relegation and was one of the most memorable innings in my career. I then went to England to play League cricket for North Petherton Cricket Club in Somerset where I performed well, scoring over 500 runs and also taking 45 wickets with off-spin bowling. On my return from England, I was told that I had been selected for the Central Punjab second XI in the newly structured Domestic system. I played ten 3-day games in the 2nd XI tournament and scored 728 runs (second highest) with an average of 60. Whilst it may look as if playing 2nd XI cricket would not be that demanding but what one needs to understand is that when the likes of Raza Hasan and Zulfiqar Babar are bowling in the same tournament then it's not that easy to score runs. I have spoken to Nadeem Khan at PCB who knows me well from my ICC Under-19 World Cup days and knows about my performances and he has said that I have a good chance of moving to the first XI next year which is very reassuring.

Initially, I used to admire and idolise the batting of Kumar Sangakkara but lately, I have become a great fan and follower of David Warner’s style of batting. As a batsman looking to improve myself, I watch videos of all these players and also those of cricketers like Virat Kohli to learn how he goes about practising his cricket. Babar Azam is another player I follow closely to see how he enhances his game for all 3 formats of the game. I have always bowled alongside batting but never considered myself an all-rounder and look at myself as a batsman who can bowl as well, which can be useful for the team.

Aspirations to play for Pakistan

Every year is a new year and I will not look back but look forward to making sure I continue performing well and try and make myself attractive for selectors to consider me for a Pakistan role as well in any format of the game. Of course, a place in a PSL side will also be on my radar for next year.