A profile of Mohammad Huraira, a young batsman who recently caught the eye of fans in the Under-19 World Cup and who has put in some strong performances at various age levels domestically. 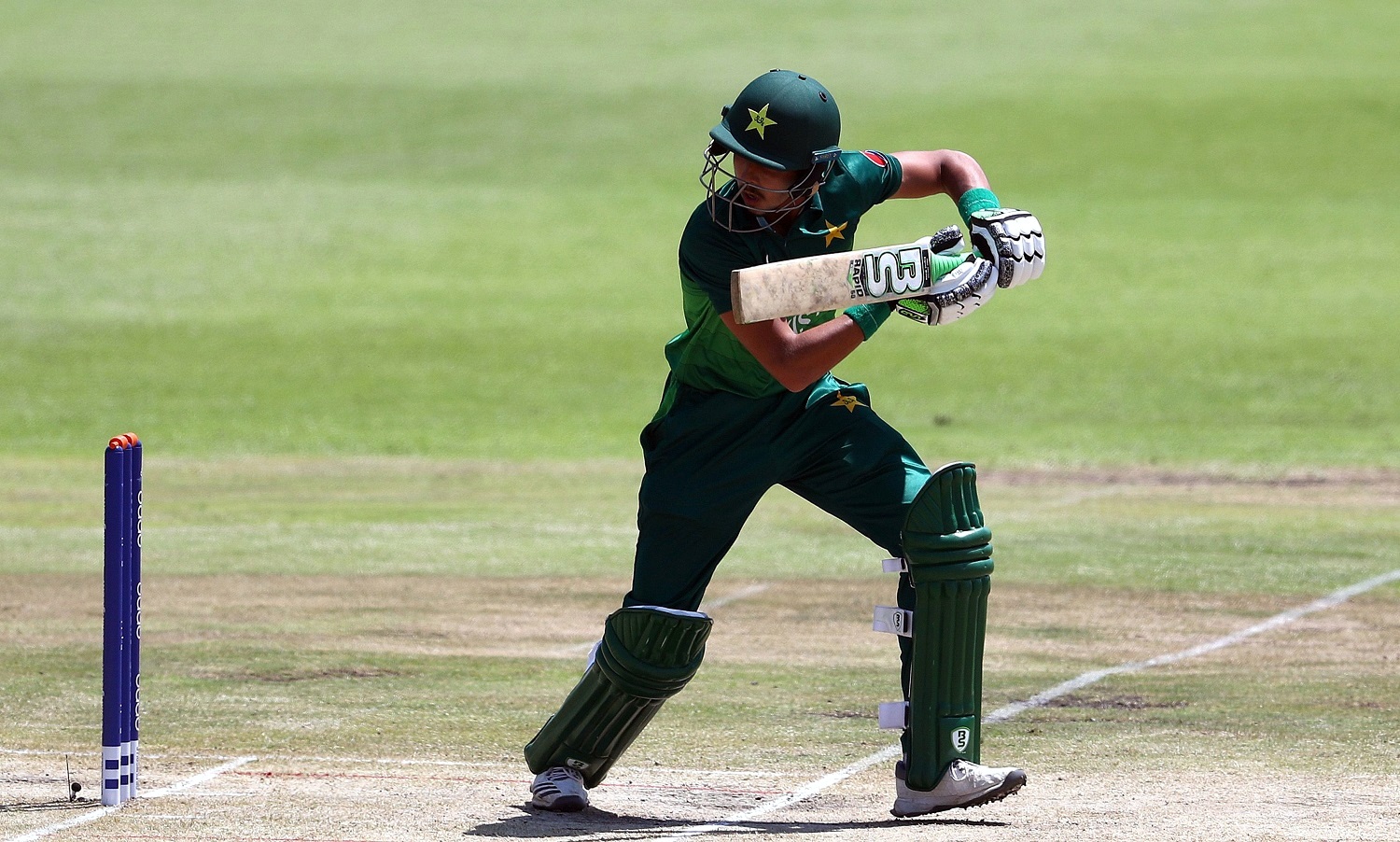 My family has always had a close association with sports so it was easier for me to start playing cricket from an early age. My father, Malik Tariq, played hockey to a high level for the Pakistan Steel Mills team, and my grand-father Malik Faqir Hussain was an athlete in his time. And of course, Shoaib Malik is my uncle so all and all, there was plenty of inspiration for me to take up a sport myself. But it was always my father’s dream that I should excel in sports and I suppose I decided to play cricket as a way of fulfilling that dream. So, around the age of six, I started to play hard-ball cricket with my father who was keen on making me practice so I could play cricket from a very young age.

I joined the Amir Waseem Cricket Academy in Sialkot when I was about 10 years old on the advice of my cousin and on the insistence of my father who felt that I needed to get more exposure to good quality cricket. Whilst I was fulfilling my desire to pursue cricket to the fullest, I was also making sure that I continued studying. I had an excellent work ethic which meant that I would study hard at the time of study and concentrate on my cricket when it was time to play sport. But once again, my parents were instrumental in ensuring that I had the right environment to pursue my love for cricket without sacrificing my educational goals. Thankfully, I have now completed the intermediate level in education and I am looking forward to carrying on with my studies at a higher level.

After spending close to four years with the Amir Waseem academy and at the age of 14, I got a chance to play Under-16 cricket at the regional level for Sialkot in 2016. On my debut against Lahore at the LCCA ground during the PCB-PEPSI Cricket Stars U-16 Two Day Tournament, I scored a century and went on to score 265 runs in five games in total.

My first year at the Under-19 district level was a little disappointing as I could only score 39 runs in four One-Day games. But the 2019/20 season turned out to be an excellent one for me as I scored 408 runs in five games in the Regional Inter-District Under-19 One Day Tournament where I was the top scorer with two hundreds and two fifties, with a highest score of 130. Due to PCB’s changes to the domestic structure, I played for Central Punjab in the National Under-19 Three Day Tournament 2019/20 where in five matches, I hit 358 runs which included one hundred and one fifty with a highest score of 170. I also excelled in the National Under-19 One-Day Tournament 2019/20, where I became the top-scoring batsmen with 342 runs in five matches which included one hundred, one fifty and a highest score of 162.

Based upon my performances in the National Under-19 tournaments, I was asked to attend a one-and-a-half-month high-performance camp at the NCA. I was fortunate to have been trained by NCA’s top coaches and the Pakistan Under-19 Head Coach Ijaz Ahmed as well. This was a tough camp where a lot of emphasis was put on our fielding and fitness in preparation for the upcoming ICC tournament. The Pakistan Under-19 squad was selected based upon this camp and I was very happy to have been selected to represent my country.

To have not played in any of the earlier games and then to be asked to play in two knockout games for your country in a World Cup was indeed a special experience for me. It was my aim to put in my best whenever I got a chance to play in this tournament, whether it was in batting or fielding. Up until that Quarter-Final game against Afghanistan, I had been working very hard in the nets on my batting and was putting myself through the paces when it came to fitness as well. The idea was to be ready to hit the ground running whenever I was asked to play. And that opportunity arrived when I hit 64 runs in virtually a match-winning effort for Pakistan against a supremely confident Afghanistan side.

The 'Mankad' incident against Afghanistan and the lessons learnt from it

My only regret in the Under-19 World Cup encounter against Afghanistan was the fact that I was ‘mankaded’ as I stepped out of the crease before the bowler had bowled the delivery and he removed the bails. It was, of course, disappointing as at that point, I seemed to be all set for more runs that day, but I suppose in hindsight I should have been more careful, but it did hurt. However, like most things in life, I will use that experience to ensure that it doesn’t happen again.

Whilst we were on a high after our win in the Quarter-Final against Afghanistan, the next game which was the Semi-Final versus India did not go according to our plans. It seemed that we were not up to the mark on that day in our batting or bowling and consequently we lost that game. This is one disappointment that will stay with us for a while as it seemed that we were in good shape to win the World Cup, especially after our victory against Afghanistan but could not step-up in the semi-final against India.

To play alongside such excellent batsmen as Rohail and Haider was a great learning experience for me. Both are very experienced players and have had exposure to First-Class cricket and also performed well in PSL 5. Both had a lot to teach me in terms of their temperament and their on and off-field behaviour was impeccable and something I will look to emulate too. With Haider Ali, it was a great pleasure watching him bat in the nets and to see how he went about his batting, and to see the wide range of shots he could play to all kinds of bowlers was absolutely amazing.

I absolutely idolize Kane Williamson for his technical and tactical skills and love the way he takes his time at the crease to familiarize himself with the match situation, and then systematically takes the bowlers apart to play match-winning innings for his side. Obviously, Virat Kohli’s variety of shots where he can play with equal precision all around the ground is something that I admire a lot and try and copy where I can. Babar Azam is another batsman I love to watch and emulate as he has a great temperament and his shot selection is amazing. As for me, I love to play all my shots in the V and playing over the bowler's head also gives me a lot of satisfaction.

Advice from my uncle, Shoaib Malik

I am very fortunate that Shoaib Malik is my uncle and he has always been an inspiration for me. He has always encouraged me to not give up and to continue working hard as there are no shortcuts to success in cricket. Even when I was not able to get a game in the World Cup, he was telling me to not give up and take out my frustration in the nets and once I did play against Afghanistan and performed well in the Under-19 World Cup, he was one of the first people to send in his congratulations to me.

Aspirations to play for Pakistan and in the PSL

My goal is to represent and serve my country in all three formats of the game and, of course, playing in the PSL would also be a big achievement for me.