A comprehensive profile of Qasim Akram, a young batsman who has received lavish praise from Under-19 Head Coach Ijaz Ahmed recently. 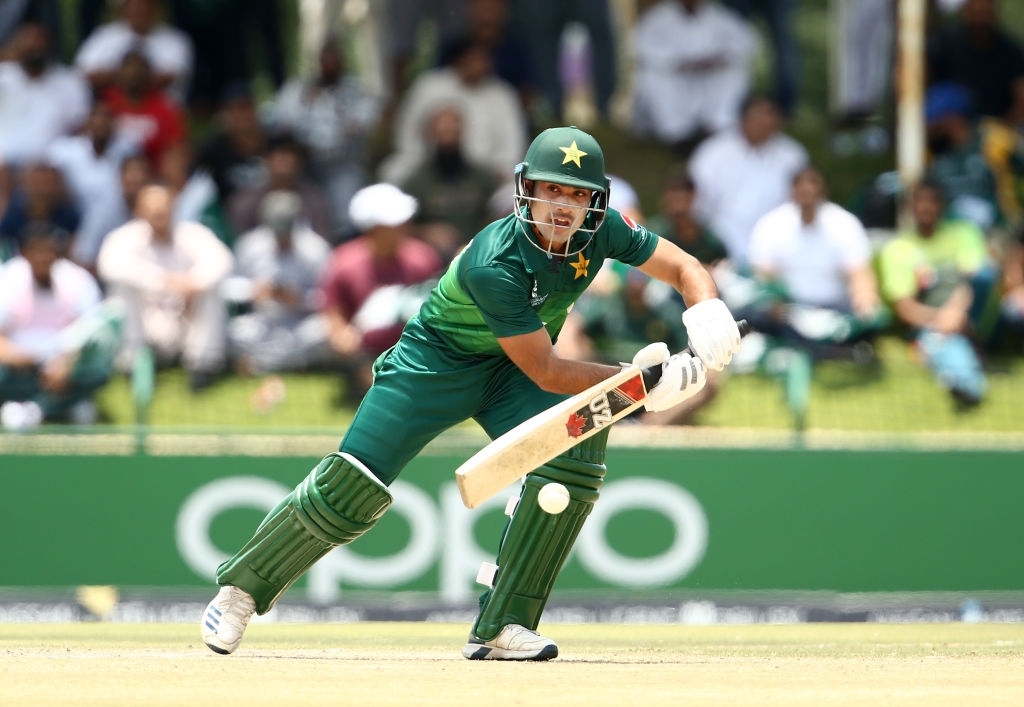 Like most youngsters in Pakistan, I had an interest in cricket and used to play tape-ball cricket near where I lived in Abbottabad. My older brother played cricket in the area and that further increased my interest in the game but unfortunately, I could only watch him play in those games. My parents were not in favour of my taking up cricket as I was from a lower-middle-class family and they wanted me to pursue a career away from sports, but over time they came to accept my point of view as well. At this point, I must thank a family friend, Mr. Rana Adeel, who has always been there to lend a helping hand, when I needed to buy cricket equipment and accessories or whenever I needed advice – all of which has helped me fulfil my goals of becoming a cricketer.

Once I moved to Lahore with my family, I came to know of a local cricket academy where I would go to watch cricket practice after school. I would stand there for hours hoping that one day I would also be able to play cricket like those kids were. After gathering some courage, I asked one of the players what I had to do to join this academy and he told me to arrange for a membership fee and buy a kit and come over when I was ready. I wasted no time in doing that and was there the next day, much to the surprise of that player. Such was my interest in the game that I wasn’t going to let this opportunity go and so I joined the Riazuddin Cricket Academy in Lahore in 2015.


Switching from fast bowling to off-spin

During the time that I was in the cricket academy, I would bowl fast and of course, could bat well as well. However, I wasn’t very good as a fast-bowler so one of the coaches in my club advised me to take up off-spin as that would increase my chances of selection in teams in an all-rounder role. From then on, I became an off-spinner.

Playing club cricket and Under-16 cricket in Lahore

Once I had a good idea of the basics of cricket, I joined the Apollo Sports Club in Lahore and then moved to Lucky Star Cricket Club, for whom I play until today. I tried out for Lahore Region Under-16s in 2015 but was declared under-age but strangely enough, I was told that I was over-age when I tried out for the same team in 2016. I then had to get my age confirmed through medical means and was finally cleared to play Under-16s for Lahore Region. In practice matches, I scored well enough to be selected for the 15-man squad for the 2016 2-day Pepsi PCB Cricket Stars Under-16s Tournament. I did not perform that well in the first game and was put on notice by the coach, Saud Khan, to pull up my socks for the remaining games or I would lose my place. I did not disappoint the team and put in some good performances where in 8 matches, I scored a total of 373 runs which included two centuries and two fifties and was the top scorer for Lahore Under-16s in that tournament.

After my performances in PCB’s Under-16 tournament, I was invited to the NCA for a preparatory camp for Pakistan Under-16s Limited overs series against Australia Under-16s in UAE. There were close to 35 players in that camp and I was chosen as part of the squad but as fate would have it, my passport was not ready so I missed out on that tour which was a huge disappointment.

After having done well at the Under-16 level, I was picked to play for the Lahore District (Lahore North Zone Blues) Under-19 squad in 2017, but I was unable to get any games at the beginning of the season, for reasons best known to the management. Thankfully, with just one match remaining in the season, I was given a chance to prove myself and I didn’t disappoint as I hit 101* in the 2-day Regional Inter-District Under-19 Tournament 2017/18. I continued my good performances in the 2018/19 season with highlights being the 3-day Inter-Region Under-19 Tournament where playing for Lahore Region Blues Under-19s, I hit 426 runs in 7 matches which included two centuries and one 50 and also took two wickets.

The 2018/19 Pakistan Under-19 tour of Sri Lanka was a good one for me where in four One-Day games, I scored 124 runs at an average of 41, which consisted of one half-century. The subsequent tour of South Africa, in contrast, didn’t go that well where in 5 matches I managed to score just 77 runs which I marked off as one for experience. The One-Day ACC Under-19 Asia Cup in 2019 also opened my eyes to the feel of a big competition.

The 2019/20 season saw major changes to our domestic structure, and I was asked to play for the Central Punjab Under-19s side in the 3-Day National Under-19 Tournament. This was an amazing platform for me to showcase my skills and I felt that I performed really well where in 5 matches, I scored 260 runs which included one hundred and one fifty. I also took 15 wickets at an average of 22, all of which helped me establish my credentials as an all-rounder. I continued my good performances in the One-Day National Under-19 Tournament for Central Punjab where I scored 296 runs in 5 matches, which included two centuries.

Representing Pakistan at the Under-19 level is my biggest tournament yet and playing in the ICC Under-19 World Cup (2020) was an honour for me. The sort of support and confidence in my abilities that the team management, especially our Head Coach Ijaz Ahmed gave to me was incredible and did a world of good for me. I ended up playing 5 matches, scoring 93 runs which included one fifty against Zimbabwe where we were under pressure and also took 3 wickets in the tournament. Obviously, the loss to India was a heartbreaker for the team and myself. Before the game, I had told myself that I would put all my mental and physical energies in this game and when I went in to bat, it seemed that I was stroking the ball well but then that really unfortunate run-out happened. I had hit a four and was looking set for a good innings but there was some indecision and our captain Rohail Nazir turned back and I didn’t have time to make it back to my crease. This was a tough pill to swallow for me but at the end of the day, this was the Almighty’s will.

I look at Babar Azam as my role model when it comes to batting alone. He has the shots and the temperament which has made him into a world-class batsman and that is how I wish to pursue my career too. Of course, in terms of all-rounders, I would love to emulate what Mohammad Hafeez has done and become the key for the side in difficult situations too.

Chance to play in the PSL and aspirations to represent Pakistan

In a recent interview, the Pakistan Under-19 Head Coach Ijaz Ahmed spoke highly of me and felt that I had what it takes to become a top-class all-rounder. This is huge praise from him for which I am very grateful but it’s also a challenge for me and I will do my utmost to repay the faith Ijaz has put in me. With the National T20 Cup starting soon where I am part of the Central Punjab squad, I feel that this will be a perfect opportunity for me to perform well and showcase my skills in front of television audiences as well. Hopefully, if I do well, this could result in a place for me in a PSL side in the next edition of the tournament. Of course, representing Pakistan remains my ultimate goal and for that, I have no qualms in serving my country in all formats of the game.