A profile of Kashif Ali who has represented Essex and Kent 2nd XIs and recently rose to fame after some excellent performances that lead to him being named in the Dream Team for the inaugural edition of the Kashmir Premier League. 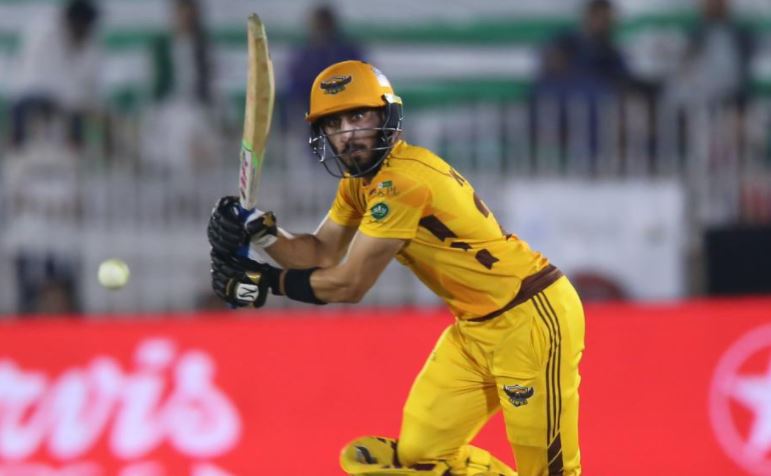 My family moved from Kotli to the UK where we setup home when I was 11 years old so my interest in cricket was based upon playing cricket with friends and in school in Luton where I grew up. There was no one in my family who played cricket to a high level except for my uncle who played club cricket locally so there wasn’t much in terms of inspiration for me but what I had was passion for the game which has carried me through. My education after sixth-form college in Dunstable had to be put on hold due to my interest in cricket but that is something I intend to pursue again if I get the chance.

On advice of my friends who felt that I had a future in cricket, I started off as a fast-bowler and used to open the bowling for my club side, the Dunstable Town Cricket Club, who I joined around 2016. I would have continued as a fast-bowler, however, I suffered a back injury in 2017 which put an end to my aspirations of being a top-quality fast-bowler and it is then when I started to concentrate on my batting.

My performance in a game for my college against Essex 2nd XI where I scored a century helped me to be picked for Essex 2nd XIs in the 2017 season where I played 5 matches in the Second XI Championship and scored 176 runs. I was able to considerably improve next year when I moved over to Kent after being scouted, to play in the 2nd XI Championship where I scored 403 runs in 7 matches.


Meeting top cricketers as part of the MCC Young Cricketers

I have always admired Mohammad Yousuf and Hashim Amla and have tried to copy how they go about their game and the way they start their innings and set it up, change gears as and when necessary and most importantly how they help their sides win. Apart from being so successful in their careers, both batsmen are great professionals and are my role-models. It’s my wish to meet Mohammad Yousuf and hopefully one of these days I will get that chance in Pakistan.


Comfortable playing all formats of the game

Cricket is my passion and I have no issues in playing in all formats of the game as long as I am contributing towards winning matches for my team. I believe that the straight drive is my favourite and most productive shot.

To gain more experience and play competitive cricket, I decided to move to Lahore in late 2019 where I played some friendly games at the Grade 2 level. But obviously the highlight of my stay in Pakistan was the fact that I was picked in trials for the KPL and then drafted for the Rawalakot Hawks for the inaugural edition of the tournament.


The KPL experience and the chance to play under Shahid Afridi

My first meeting with our captain Shahid Afridi was amazing. I am sure, it’s every Pakistani fans dream to meet this great player and I was no different. Playing under Shahid Afridi and sharing the same dressing room with the great man was an incredible experience. It was a great learning experience for me and something I will remember for a long time. Of course, meeting other top names of T20 cricket such as Mohammad Hafeez was also amazing. Due to the frenetic nature of the tournament schedule, I really didn’t get to spend a lot of time with Shahid Afridi but whatever time I did get with him was like gold dust for me. But what I will always treasure are the words he spoke about me in a TV interview and it’s the recording that I keep on playing again and again, where he praised me for my maturity as a cricketer and how well I could read the game situation – all very encouraging words for a young cricketer like me.

I am hoping that with my excellent performances in the KPL which saw me being selected for the KPL 2021 Dream Team after scoring 242 runs in 7 matches and with recommendations by my coaches as well as based on what people saw of my batting, I will be picked up by one of the PSL franchises for the next edition. If that happens, it will be another dream come true for me. There are some encouraging signs for me as our Head Coach for Rawalakot Hawks, Arshad Khan, has said that he will speak to Peshawar Zalmi about me. Similarly, Basit Ali who was our batting coach at the KPL has told me that he will put in a good word for me with Sindh for a possible place in their First-class side for the upcoming domestic season.


Aims to represent England or Pakistan at the highest level

I have a great passion for the game and don’t just want to be one of the many players around the world who ply their trade in domestic cricket until they retire. What I would like is an opportunity to represent England or Pakistan at the highest level. I understand that the competition is tough but as I showed recently in the KPL, I have what it takes to play against some of the top players and can improve further if I continue working hard.