A profile of Pishin-born wicket-keeper batsman, Haseebullah Khan, who has performed well at the regional Under-19 level and has aspirations to represent Quetta Gladiators in the future and play Tests for Pakistan. 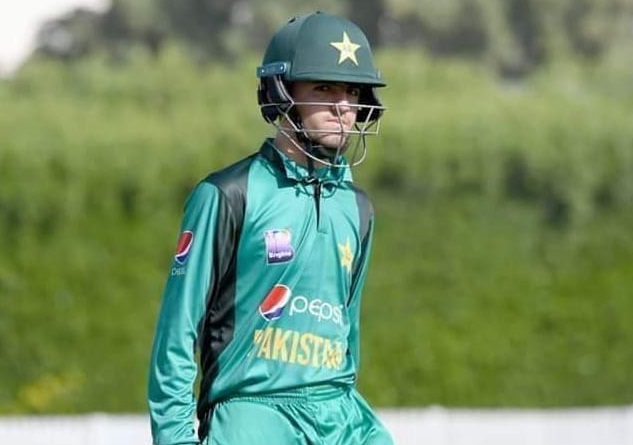 Cricket was a very important part of my family life whilst growing up as both my father Azizullah Khan (17 First-class games) and my uncle Hameedullah Khan (21 First-class games) were accomplished cricketers so there was plenty of inspiration for me to follow the same route in sports. In addition, my younger brother Abdul Saboor is also doing well for Balochistan Under-16s. So, of course, watching my father and uncle play cricket at the First-class level really filled me with the hope that even I will be able to attain their stature one day and so all my thoughts were directed towards cricket. Regardless of my passion for cricket, I am proud to say that I have completed my studies up to the FSc level and hope to complete a degree in English, time permitting.


Pride associated with being a Balochistan cricketer

It has been tough for me to develop as a cricketer as historically there has been a lack of training facilities in Pishin but that is in the past now. Beforehand, people in my area would look at me quizzically for taking up cricket as a career but now after I have played for Pakistan Under-16s, a lot of people come up to me and congratulate me and have been inspired by my success and they all want to play cricket.

My introduction to hard-ball cricket was not through any normal route of a cricket club or academy, especially as we have very few such facilities in our area. I was fortunate to have my father as my coach and mentor who taught me the basics of the game and that lead me to appear at the Quetta region Under-13 trials in 2015 where I was declared over-age which was a little disappointing. I then continued working hard with my father in the nets and without playing any proper cricket in the interim, appeared for Quetta region Under-16 trials as a wicket-keeper batsman which was mainly due to my uncle Hameedullah Khan’s influence who himself was a ‘keeper. You have to remember, at this point I hardly knew how to put on my wicket-keeping equipment so appearing for trials was a huge jump for me and for that I can only thank my father. Playing in my first season at the Under-16 level in the PCB-PEPSI Stars U-16 One-Day Tournament 2017/18, I had a rather disappointing 128 runs to my name in 6 innings. My next season in the same tournament was much better as I hit 250 runs in 5 innings, with 109 as my highest score. This put me as the 3rd highest run-getter in that tournament which was great for my confidence.


Representing Pakistan at the Under-16 level

I was first selected for the Pakistan Under-16s for the tour of UAE to play Australia in 2018/2019 but it wasn’t a memorable one for me as I made quite a few mistakes and gave my wicket away after having settled down. The next Pakistan Under-16 assignment for me which was the tour of Bangladesh proved to be much better as I was the 2nd highest run-getter in the One-Day matches where I scored 154 runs in 2 matches, with a highest score of 129 to my name.


Excelling at Under-19 cricket

As a member of the Balochistan Under-19 squad, I took part in the National Under-19 One-Day Tournament 2019/20 and scored 113 runs in 4 innings and in the next season of the same tournament, I scored 209 runs in 10 games. My wish was to play for the Pakistan Under-19s but our tour to Bangladesh was cancelled due to COVID-19 concerns, but I am still hopeful of representing my country at the Under-19 level in the Asia Cup or the World Cup. I have recently taken part in the 8-week high-performance camp for Under-19 players which was conducted by Ijaz Ahmed which should provide me the right preparations for the season ahead and possibly a place in the 2022 Men's Under-19 World Cup squad for Pakistan.


My father is my only Role Model

I know that in his playing days, my father always dreamt of playing cricket for Pakistan. Whilst he was not able to fulfil his own aspirations, he made sure that he has done what he can for me to prepare for a possible future role in the Pakistan side. He always tells me to not waste time and work on my game for which he is always available to help me. For the guidance and inspiration, he has provided me all my life, my father is my role model. Amongst the players I admire, Fakhar Zaman is one whose batting style is really good and in terms of inspiration I also look up to Ijaz Ahmed especially when I see how after serving Pakistan in his playing days, he is now working hard with the youngsters to make them good players as well.

Like any other young cricketer at my level, I would also like to play in the PSL and to play for Quetta Gladiators would be a dream come true for me.

I am hoping to become part of the Pakistan Under-19 side and perform well in it. If that happens then doors for selection for the national side will open. Whilst I would love to play in any format for my country, I have always been a fan of Test matches and wish to play Test cricket for Pakistan in the future.