A profile of the Karachi-born Mohammad Umar who impressed with his performances in PSL 7 for Peshawar Zalmi and has aspirations of representing Pakistan in all formats as he looks forward to emulating his role model Hardik Pandya as an all-rounder. 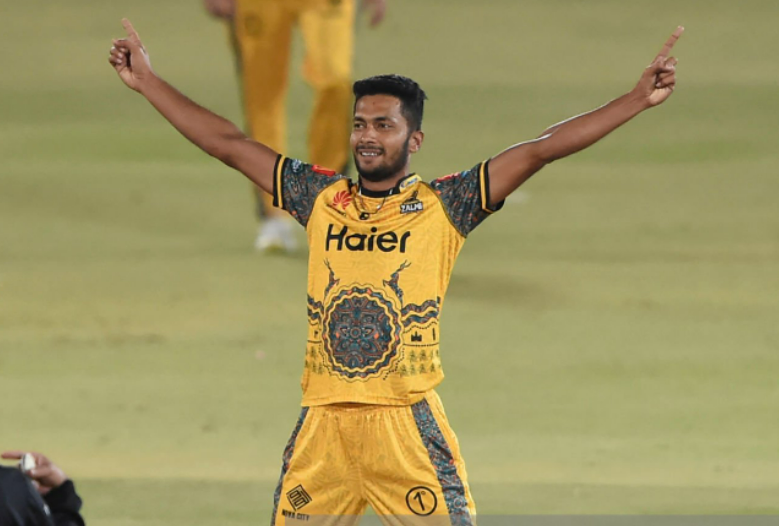 Full Name: Mohammad UmarDate of Birth: December 27, 1999, Metroville, KarachiMajor teams: National Cricket Academy Colts Under-19s, Karachi Region Whites, Peshawar Zalmi, Karachi Zone II Under-19s, Karachi Electric Supply Corporation Limited, Karachi Region Whites Under 19s, Sindh, Karachi Under-16s, Karachi Zone II, Multan SultansBatting Style: Right-handedBowling Style: Right Arm Medium-fastHeight: 6ftInterest in cricketI started playing cricket at home on our roof with my elder brother using a tape-ball and that really got my interest going in the game. My parents really encouraged me to pursue my dreams of becoming a cricketer, but the rest of my family were not in favour as they felt that I could do better by studying and taking up a regular job. But I am indebted to my parents for helping me through this even though we weren’t from a well to do background. Due to my cricket commitments, I have had to stop my education when I got to the matriculation level, but I do have plans to continue with this in the future.Starting hard-ball cricket in 2011I was very impressed by Anwar Ali and Mir Hamza who also played for Karachi, and I wanted to emulate them and make a name for myself as well. As luck would have it, I was spotted by a local coach whilst I was playing tape-ball cricket and he asked me to come for trials to the A M Foundation Cricket Academy in Metroville. I really impressed the coach at trials, and I was offered a place in the academy team and was also told that I would have to pay no subscription fees which was a big relief for me.Moving on to Under-16 cricket in 2014I continued playing for the academy and they also helped me get an admission into a senior school where I played inter-school cricket and then progressed onto the Under-16 level by appearing in trials for the Karachi region which were being conducted by the likes of former Pakistan batter, Basit Ali. There was a huge number of players who had come for those trials and to be selected for the squad was a huge confidence booster for me. I then took part in the PCB-PEPSI Cricket Stars U-16 Two Day Tournament 2014 and impressed all by taking 15 wickets in 5 matches. Based on those performances, I was asked to appear at the NCA camp for top-performers at the Under-16 level. In that camp, Mohtashim Rasheed and Mansoor Rana really appreciated my bowling, and I was selected as a reserve for the Pakistan Under-17 tour of England in 2014 but was not called for duty as the need did not arise.Career threatening knee injuryIn 2017, during an Under-19 game, I twisted my knee which needed approximately a year for recovery, and this was a dark period in my life. I struggled financially to get myself the right treatment and am indebted to my parents for helping me during this period. In fact my father even offered to sell our home to finance my treatment but thankfully things did not come to that point. 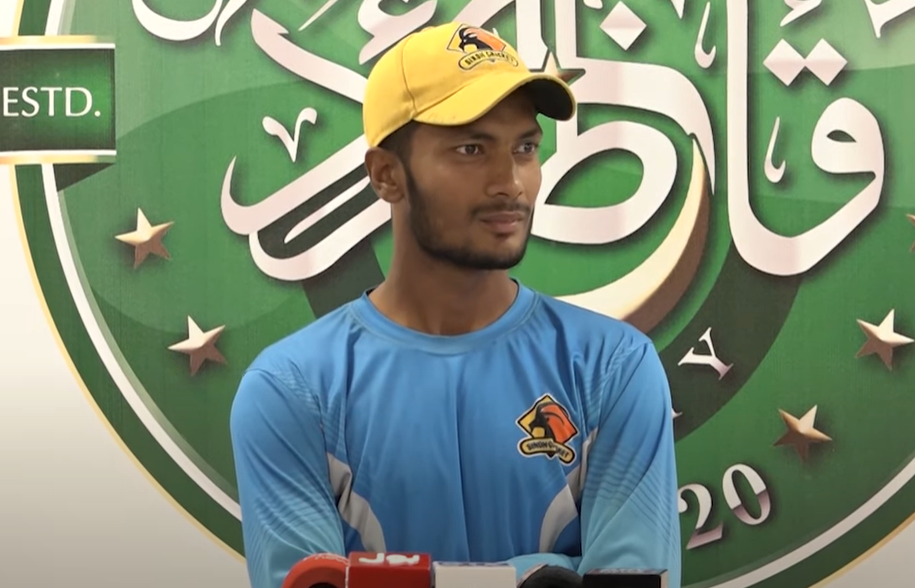 Playing Under-19 cricket, Grade II then onto First-class cricketI was involved in regional and district level Under-19 cricket for Karachi from 2014 to 2018 and also played for KESC in Grade 2 cricket during the 2018/19 season but my main break came during the Quaid-e-Azam Trophy in 2018/19 season when I debuted for Karachi Region Whites against WAPDA. Whilst I only played 2 games that season, my debut was a memorable one as I removed the WAPDA and former Pakistan captain Salman Butt for a duck which gave me immense confidence. The next season when departmental cricket was abolished, I was disappointed to see that my name was not in the Sindh side for First or 2nd XI, but due to an unfortunate injury to Rumman Raees I was awarded a contract for the 2019/20 season. I represented Sindh in the Quaid-e-Azam Trophy in that season where I played one First-class and four 2nd XI games whilst in the 2020/21 season, I played 2 First-class and one 2nd XI game for Sindh. The Sindh bowling line-up was a strong one with the likes of Sohail Khan, Anwar Ali and Tabish Khan so it was a little tough to find a place in the First XI but overall, the experience of playing against and alongside some of the top names of Pakistan cricket was a good one and will help me improve as a cricketer in the future.Enjoyed playing in the Pakistan CupOne-Day cricket is my preferred format, and it was because of this that I have enjoyed success in the Pakistan Cup where in the 2020/21 season, I was the 5th highest wicket-taker with 15 wickets in 7 matches, whilst in the 2021/22 season I played 5 matches and took 10 wickets. 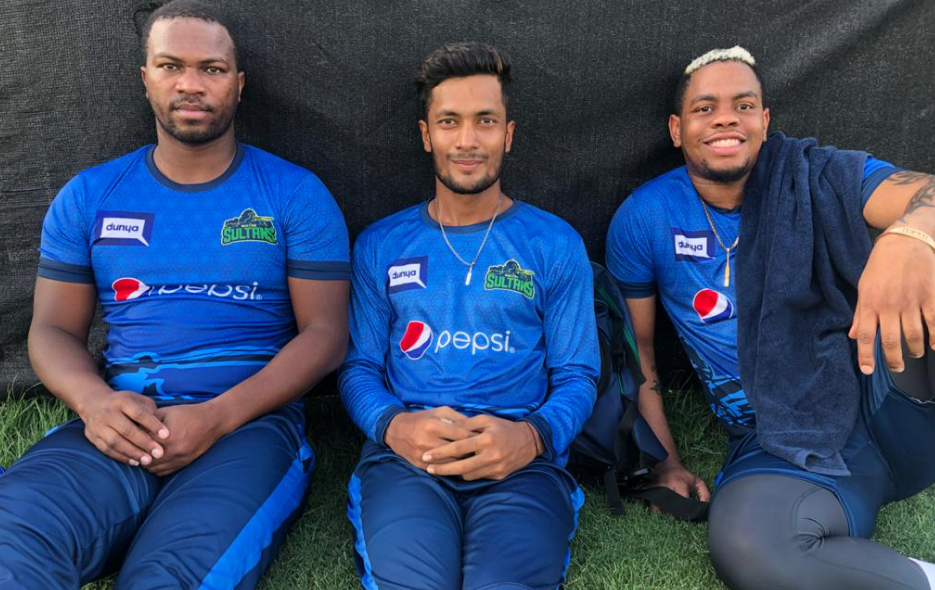 The first Pakistan Super League (PSL) experience in 2021I was very fortunate that I was selected by Multan Sultans in the Emerging Category for Multan Sultans in PSL 6. I recall I was watching the draft and it seemed that all hope of being selected was gone until my name was announced towards the end. I simply couldn’t believe it and had tears of joy in my eyes because to have an opportunity to play in a big tournament like the PSL was amazing. And when the side got together before the tournament, I had to rub my eyes a few times to convince myself that I was indeed standing amidst such players like Shahid Afridi, Johnson Charles and Shimron Hetmyer! I was also very fortunate that I got to debut for Multan Sultans in the first game they played and received my team cap from a legend of the game, Shahid Afridi, who said to me to not worry about the pressure and to “take the ball in your hand and do what you do best”. In that PSL season I got to play 2 games and took 2 wickets. More importantly, to play alongside some of the top names in T20 cricket was eye-opening and to experience the pressure and the noise of the crowd was incredible.Playing under the captaincy of Mohammad Rizwan in PSL 6What I also enjoyed during my time with the Multan Sultans was playing under the captaincy of Mohammad Rizwan. One thing I really loved about his leadership was that he gave so much support to all players. Whether they are senior, or junior is irrelevant as all of us got the same positive message from the captain. He was constantly motivating us and sometimes that is all a player needs to give his best. 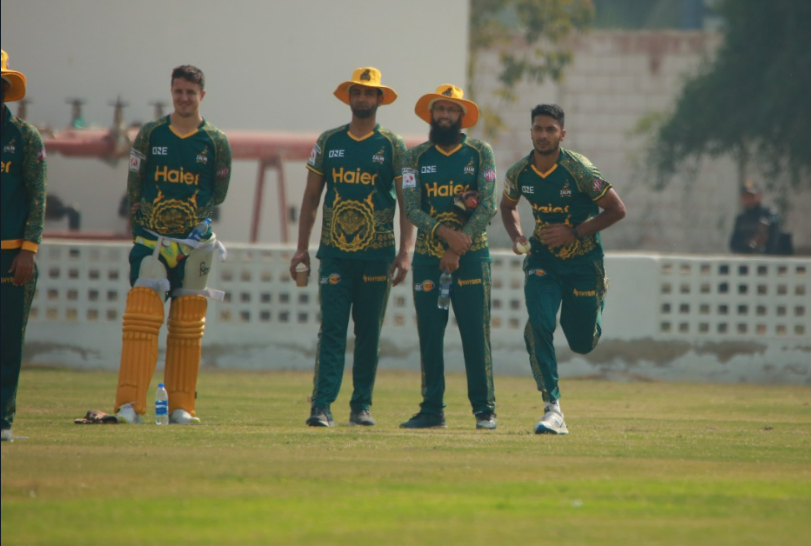 The Peshawar Zalmi experience in PSL 7I was initially not picked for PSL 7 by any side which was disappointing but after the PCB and PSL franchises announced that each franchise could select 2 more players in the Supplementary Category, Peshawar Zalmi stepped forward and took me into their squad, much to my relief. What was even more pleasing for me was that Peshawar game me ample chances to prove myself during this tournament. All in all, I played 6 games and took 5 wickets which shows the immense confidence in my abilities that the side had, and Wahab Riaz and Kamran Akmal were constantly encouraging me and told me to play without fear. The effect of that was that in my debut game against Karachi Kings I took 3/22 with the wicket of Aamer Yamin being the most memorable one for me as it was from a slower delivery, which also happens to be my favourite wicket taking delivery.Aspiration to become a bowling all-rounderI have always been very interested in improving my batting skills. In fact, I always wanted to become a batter but given the expenses associated with batting such as bats, protective equipment and so on, I found it tough to pursue this dream. Bowling was easier as all it needed was a ball and so I concentrated on that skill. However, nowadays, whenever I get the chance, I spend a lot of time trying to improve on my batting. But bowling at the moment remains my main strength and I am working hard on improving my bowling speed as well. In PSL 6, one of my deliveries was clocked at 142 KpH whilst in this year’s PSL I averaged between 136-137 KpH. 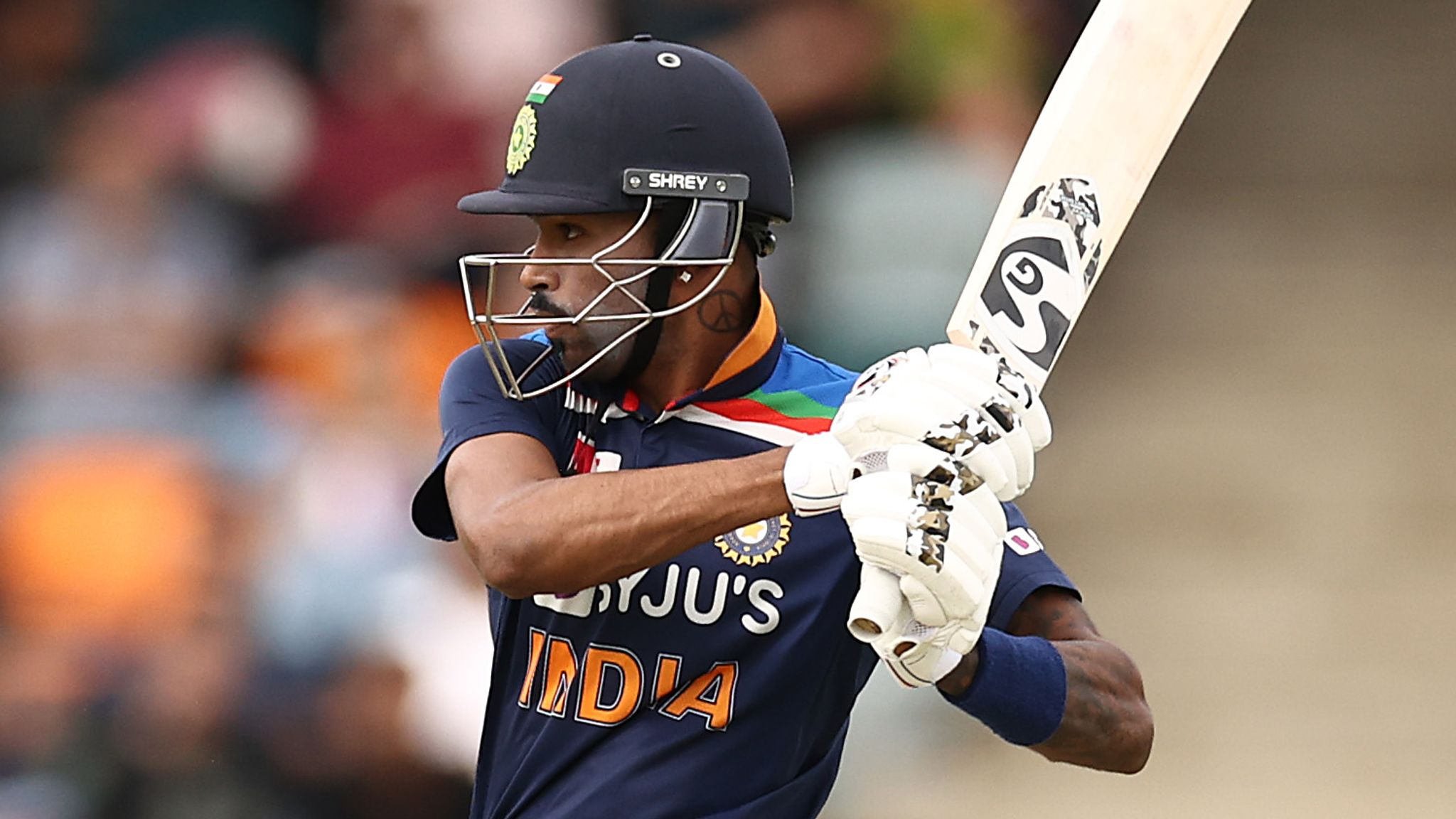 Hardik Pandya as role modelSome people may find it strange that I have so much respect for an Indian player but I really admire Hardik Pandya and consider him my role model as I have always aspired to be an all-rounder. I love the way he plays without fear and gives 100% in every aspect of the game, whether its batting, bowling or fielding; He is the full package and that is how I wish to play my cricket too.Looking ahead to play for Pakistan in all formatsWhilst the One-Day format is the one I am most comfortable with, I have no doubts that I will be able to serve my country hopefully as an all-rounder for a long time in red and white-ball cricket, but I do realize that to achieve that dream, I have to put in a lot of hard work which I am willing to do.