Time to get those brain cells working overtime and cast your mind back to the 1983 World Cup. 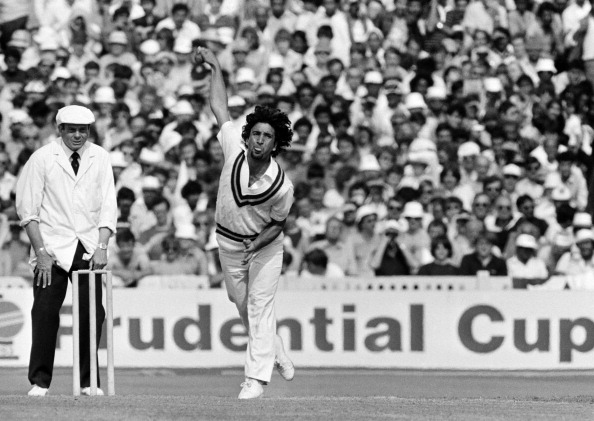 4. What was the highest individual score in the 1983 World Cup final?

5. Which renowned slow scorer opened the batting for England throughout the tournament?

6. Which member of the Zimbabwe squad later went on to play Test cricket for England?

7. Who smashed 175 not out from just 138 balls against Zimbabwe in their second match in June?

8. Which England seamer turned commentator went for 82 runs from his 12 overs against Sri Lanka?

9. New Zealand's Martin Sneddon had bowling figures of 12-1-105-2 against which country?

10. Who captained England in the competition?

11. Who was named Man of the Match in Zimbabwe's shock win over Australia?

12. Which Lancastrian opened the batting for England in the tournament?

13. Which Indian seamer was the leading wicket taker in the 1983 World Cup?

15. Which current umpire was England's wicket-keeper in 1983?

16. Which English born Australian took 6-39 in a group game against India?

18. How many runs did India score in the final?

20. Who was named Man of the Match in the final?