The latest PakPassion quiz is all about the quick bowlers - speed merchants who the spectators loved to watch but the batsmen feared! 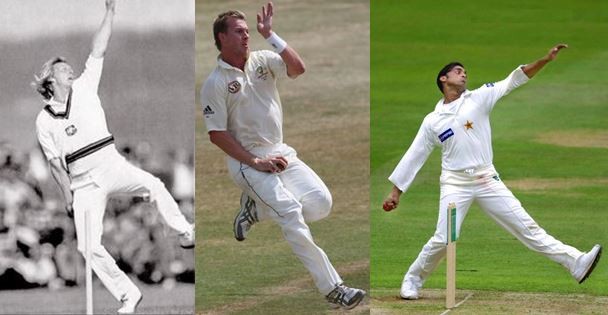 1. Which Pakistani fast bowler topped 100mph on the speed gun during the 2003 World Cup?

2. Which English batsman faced the record-breaking delivery mentioned in question 1.

3. Allan Donald was involved in a famously heated battle with which England batsman at Trent Bridge in 1998?

4. Aussie speedster Shaun Tait made his Test debut against which country?

6. Which English fast bowler had the nickname Typhoon?

8. Who was called into the West Indies Test team after being spotted in the nets by Brian Lara, despite only having played one First Class game for Barbados.

10. Which bowler was known as White Lightening?

11. Who with 325 victims is fourth on England's all time wicket list?

12. Which West Indies great has the lowest bowling average of anyone to have taken at least 200 Test wickets?

13. Which Sri Lankan fast bowler is noted for his curly blond hair, eyebrow piercing and round arm action?

15. What did Devon Malcolm say after being hit on the head by a bouncer from Fanie de Villiers at The Oval in 1994?

16. How many wckets did Devon Malcolm take in the subsequent innings ?

17. Which England fast bowler had the nickname Picca?

18. Who has the best strike-rate of any bowler with at least 200 Test wickets?

19. Who was the only England paceman to take 5 wickets in an innings on two occasions in the 2005 Ashes series?

20. Graham Gooch has the one time he feared for his life at the crease was when he was facing which West Indian in 1986?