Imagine you had no access to Google, but you wanted to show the world that your are the ultimate cricket fan - This is your chance! 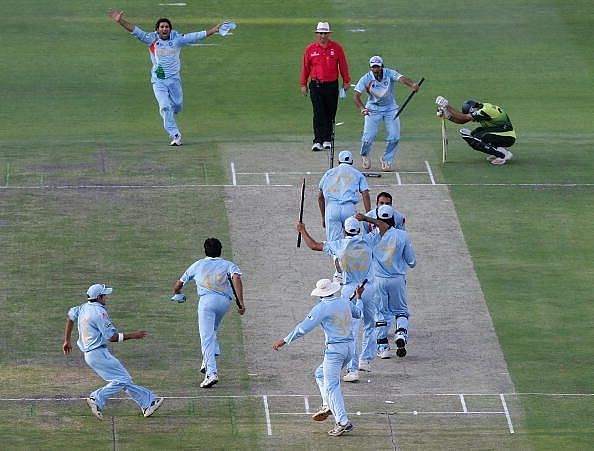 Q1: How many times have India and Pakistan faced each other at ICC Men's T20 World Cup tournaments?

Q2: How many runs did Pakistan need from the last over in the 2007 T20 World Cup Final?

Q3: Which player has scored the most runs in India-Pakistan clashes in Men's T20 World Cup?

Q6 : 'In the air, Sreesanth takes it. India win. Unbelievable scenes here at the Bullring' - which commentator said these famous lines?

Q8: Who was the Player of the Match in the 2007 India-Pakistan Group game?