"I try and copy the bowling styles of Glenn McGrath and Mohammad Asif" : Mohammad Abbas

With every delivery that swung for Mohammad Abbas, Pakistan seemed to have discovered someone who could fill the gap left by the absence of the skillful Mohammad Asif, writes Saj for FirstPost. 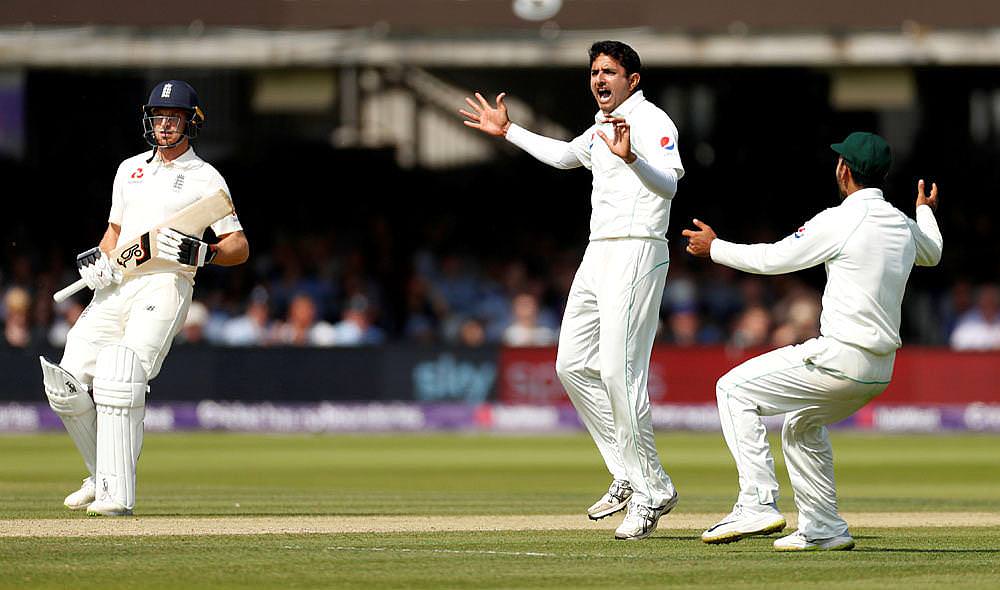 In a sense, Pakistan's performance at Lord’s to win the first Test of the two-match series should not have surprised anyone. The naysayers had already been dealt an embarrassing lesson in humility when a similar squad of inexperienced players came to England in the summer of 2017 and walked away with the Champions Trophy in their hands.

Whilst the world of cricket was shown why it was normal to expect the unexpected from the side in the shorter formats of the game, the performance at Lord’s where they outplayed an experienced England side, brushed aside all doubts Pakistan's longform game and reinstated that they should always be considered a force to be reckoned with.

One of the main architects of Pakistan's victory in London was the 28-year-old Mohammad Abbas who emerged as the Man of the Match for his outstanding match figures of 8 for 64. Having debuted for Pakistan in 2017 against the Windies, Abbas is fast establishing himself as a bowler of repute and thereby cementing a permanent place in the team. He explained after the conclusion of the Lord's Test that his impressive performance in English conditions is largely a direct consequence of playing on varied surfaces in domestic cricket back home.

“I'm fortunate to have played quite a few seasons of domestic cricket and as a consequence, I have had the opportunity to play on a lot of different surfaces and that really helps you as a bowler. If you have played on one type of surface, then that makes life tougher when you encounter a surface that you are not familiar with.”

With just seven matches to his name, the maturity that he showed during the recently concluded Lord’s Test was truly incredible but as Abbas puts it, it’s simply a case of doing the basics right, “I feel that as a bowler I am in a good place as I know where to put the ball and I know what my strengths are and that is all I focus on. I just concentrate on putting the ball in the right areas and that is always a good starting point as a bowler. If you get your basics right, then the rest will follow.”

Before the commencement of the tour, Abbas had indicated that he would love to take the wicket of Joe Root and it seems that not only did his wish come true, but also added the important scalp of Alastair Cook to his list of victims as well. Root's wicket came in at a crucial juncture, just when it appeared that the England captain was taking his side to safety during their second innings.

“The wickets of Cook and Root were really pleasing at Lord's. I had stated before the series that I wanted to get big players like Root out and I am delighted that I have achieved that.”

To many who saw Abbas bowl for the first time, the uncanny resemblance to another Pakistani master of seam and swing was quite clear and as the fast bowler explained, this was no coincidence.

“My role-model amongst Pakistani bowlers is Mohammad Asif. Outside Pakistan, it's Glenn McGrath and I admit I do try to copy their bowling. I've watched their bowling very closely over the years and I've had the opportunity to play alongside Asif in domestic cricket at Sialkot. I've spoken to Asif quite a bit and taken his advice for bowling that has been very beneficial to me. The thing I have admired about Asif's bowling is his line and length and accuracy. He advised me regarding my grip when I bowled and that has really helped me improve. In addition, Vernon Philander is a bowler who has really interested me, especially the length he bowls, which I think is very difficult for batsmen to cope with.”

The metronomic efficiency in Abbas’ bowling was an eye-opener, but to many, this sort of ability to land the ball with immaculate accuracy was right up Australian great, Glenn McGrath's repertoire.

“I've watched a lot of videos of McGrath bowling, especially during his long spells in Tests and the areas that he bowled in. What really interested me was how he bowled in the middle of long spells and I have tried to implement that in my bowling especially in domestic cricket and now in international cricket. I think you find out a lot about yourself as a bowler when you are required by the team to bowl long spells, or as a batsman when you are asked to bat for long periods of time. These times really show you what you are all about.”

The comparisons to Asif came thick and fast during the course of the Lord’s Test. With every delivery that swung for Abbas, Pakistan seemed to have discovered someone who could fill the gap left by the absence of the skillful fast bowler. It's not just the fact that Abbas can bowl with the same effectiveness but the fast bowler’s achievement in just seven Tests is also another indicator of what promises to be a fruitful career in the future.

“I was aware of the record for a Pakistani bowler after seven Tests and I knew that record belonged to Asif, so it's really satisfying to achieve the mark of 40 wickets in only seven Tests. In addition, I was aware that I was amongst the bowlers with the lowest averages for current bowlers and I knew that Philander and James Anderson are among the top of that list and my aim is to get to the top of that list too.”

Whilst his colleagues were busy taking part in the preparatory training camp in Lahore before they departed for the tour of Ireland and England, Abbas had been given special dispensation to come and play for Leicestershire to allow him to adjust to English conditions. As his performances have shown, Pakistan Cricket Board’s (PCB) planning in this regard was absolutely spot on.

“The short stint at Leicestershire ahead of the Test series against Ireland and England was really beneficial as it helped me adjust to conditions in the United Kingdom particularly the weather. I feel that it prepared me really well for the current series and I'm particularly grateful to the PCB for the chance to play County Cricket.”

So, what now for Abbas? With just seven Tests under his name and kudos pouring in from all quarters for his superb effort at Lord's, it seems that the world is his oyster. While he could not get his name etched on the famed Honour’s board. The Pakistan fast bowler is certain about his goals in future and whenever he gets another opportunity to play at the venue, he aims to get his name up on the board.

“I wanted to get on the Lord's Honours board but I came close this time. However, if I get the chance to play a Test match in future at Lord's then that is definitely a target for me,“ he concluded.