Fazeer Mohammed in his latest blog for PakPassion.net writes about the disappointing performances by the West Indies in the short 2-match series against South Africa, explains why any predictions count for little whenever Pakistan and West Indies meet in a series and hopes that the appointment of Darren Sammy as an independent non-member director of Cricket West Indies will bring positive change for cricket in the region. 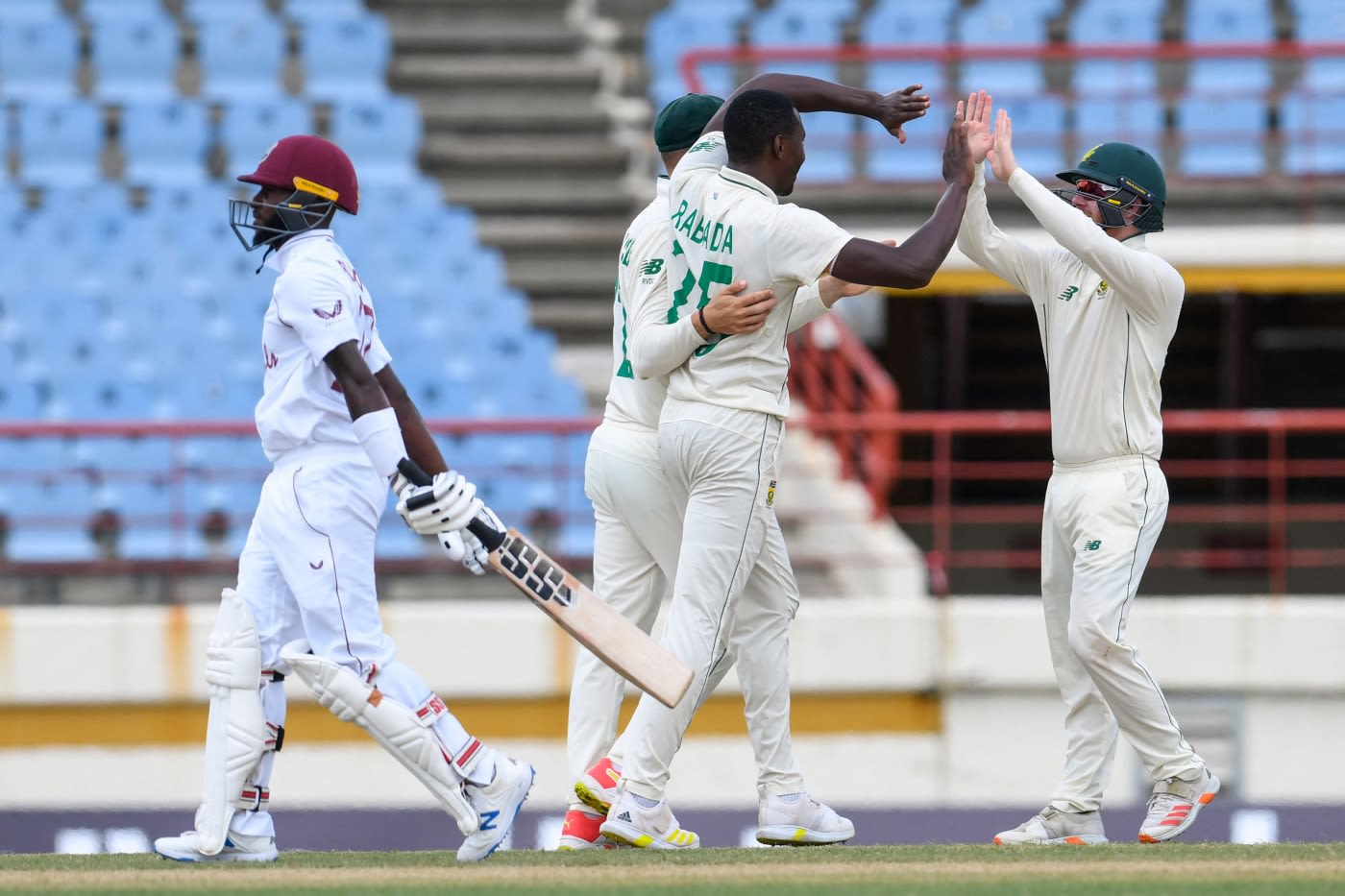 It didn’t take long for South Africa’s fast bowlers to burst West Indies’ bubble of self-belief at the start of their two-match Test series earlier this month in St Lucia.

In fact, it was less than 41 overs. That’s how long it took for the home side to be routed for 97 – their lowest-ever Test innings total against the Proteas. And that dismal performance set the tone for their three remaining innings on seaming pitches at the Daren Sammy Cricket Ground as successive totals of 162, 149 and 165 contributed to a thrashing by an innings and 63 runs in less than two-and-a-half days, followed by another emphatic defeat by 158 runs before tea on the fourth day of a rain-affected second Test.

Honours at the end went to Keshav Maharaj, with the left-arm orthodox spinner taking five for 36 in the final innings of the series, including only the second hat-trick by a South African in the history of Test cricket and the first since their re-emergence from international isolation in 1991.

But it would not be stretching the point to say that the lasting impact on the Caribbean batsmen – on their bodies, their stumps and the outside edges of their bats – was made by the trio of pacers Kagiso Rabada, Lungi Ngidi and Anrich Nortje.

No West Indian managed a score higher than Roston Chase’s 62 in the second innings of the first Test and while the succession of cheap dismissals would have been damaging enough to the players’ confidence, it was their obvious discomfort to the sustained hostility of the South Africans which will be the enduring impression of this brief, one-sided series.

If questions are being asked outside of the West Indies as to why such pitches would have been prepared in St Lucia, given that the Caribbean side had prevailed 2-0 on the very different tracks in Bangladesh and then held their own in two drawn matches against Sri Lanka on the benign surfaces in Antigua in March, the fact is that just two years ago the West Indies thrashed England in successive Tests in Barbados and Antigua to reclaim the Wisden Trophy on pitches which were not dissimilar to the ones they encountered in St Lucia.

A year earlier in 2018, they shared honours in a three-Test series against the Sri Lankans on pitches where the seamers and fast bowlers on both teams revelled in the conditions. It was felt that, at long last, the authorities in West Indies cricket had recognised the futility of preparing bland surfaces to blunt the threat of visiting fast bowling attacks.

Now though, after the batting capitulations in St Lucia, it remains to be seen what types of pitches will be prepared at Sabina Park in Jamaica for the two Test matches to be played there in August against Pakistan. Whether or not they turn out to be surfaces offering pace and bounce or revert to the old bad habit of bland lifelessness, the inescapable fact is that the Pakistanis must be banking on their armoury of fast bowlers to give the home side similarly searching examinations.

Of course no sensible touring party goes on any campaign having placed all their eggs in one basket, so as on the last visit to the West Indies in 2017 when Yasir Shah was the bowling hero (and not just in that pulsating finale in Dominica when last man Shannon Gabriel dragged the leg-spinner’s final delivery of the series onto his stumps), Babar Azam’s team will also have the spinning and seaming options to complement the hostility of the genuine quicks.

Will the West Indies batsmen be able to repair their collective dented confidence and defective techniques in the seven weeks between the end of the South Africa series and the start of the Pakistan one? Will the possible return of the likes of Darren Bravo and Shimron Hetmyer to the batting line-up make any measurable difference?

These two questions and many others will remain up in the air until the first ball is bowled in Kingston on August 12. Whether or not there is a West Indian batting revival, or should they repeat the struggles of the series just ended, Pakistan’s batsmen can expect to be tested by a bowling line-up that is expected to be quite formidable, especially if all are fully fit.

Gabriel bowled West Indies to what was then a series-levelling victory on the last day of the second Test in Barbados in 2017. So far this year though he has been a shadow of his typical fiery self, struggling with form and fitness, and with serious questions being asked as to whether he can regain anything like his full effectiveness by the time the Pakistan series begins.

Even if he doesn’t, senior pacer Kemar Roach continues to be handful for all opponents. There are also a number of youthful pace options in Jayden Seales (who made his debut against South Africa), Alzarri Joseph and Chemar Holder. Then of course there is another Holder, Jason, the former captain and number two all-rounder in the world in Test cricket who can use the new ball depending on the conditions and then return for later spells as a stock bowler if required.

For the moment, the title of frontline spinner rests on the broad shoulders of Rahkeem Cornwall although the off-spinner has yet to establish himself as a regular member of the final eleven.

Of course, the pity is that, as with the South Africans, just two Tests will be played because there is always something especially intriguing when the West Indies take on Pakistan in the Caribbean.

At this stage, the edge will go to Pakistan, but given the mercurial nature of both teams, forecasts and predictions invariably count for nothing especially when they meet head-to-head.

However intense the contests are between these two adversaries, there is surely agreement on one thing: the appointment of Daren Sammy as an independent non-member director of Cricket West Indies.

That news came through even as his Peshawar Zalmi team advanced to the final of re-scheduled Pakistan Super League, so there would have been extra cause for celebration for the St Lucian when they overcame Islamabad United in the second eliminator. As he showed with his strident criticism of the Dave Cameron administration on receiving the World T20 trophy for a second time in 2016, the all-rounder is not afraid to speak his mind.

It remains to be seen though whether he, and the other independent directors, can make a real positive difference to the often toxic, petty-politicking environment of Caribbean cricket administration.