"Clear signs of impending failure were continuously ignored by all in the power structure of Caribbean cricket" : Fazeer Mohammed

In his latest blog for PakPassion.net, Fazeer Mohammed writes about the reasons behind the West Indies' failure to defend their ICC T20 World Cup title, questions the inclusions of Dwayne Bravo and an ageing Chris Gayle for the T20 World Cup and explains why he feels that no lessons have been learnt by the CWI from their side's recent abysmal failures. 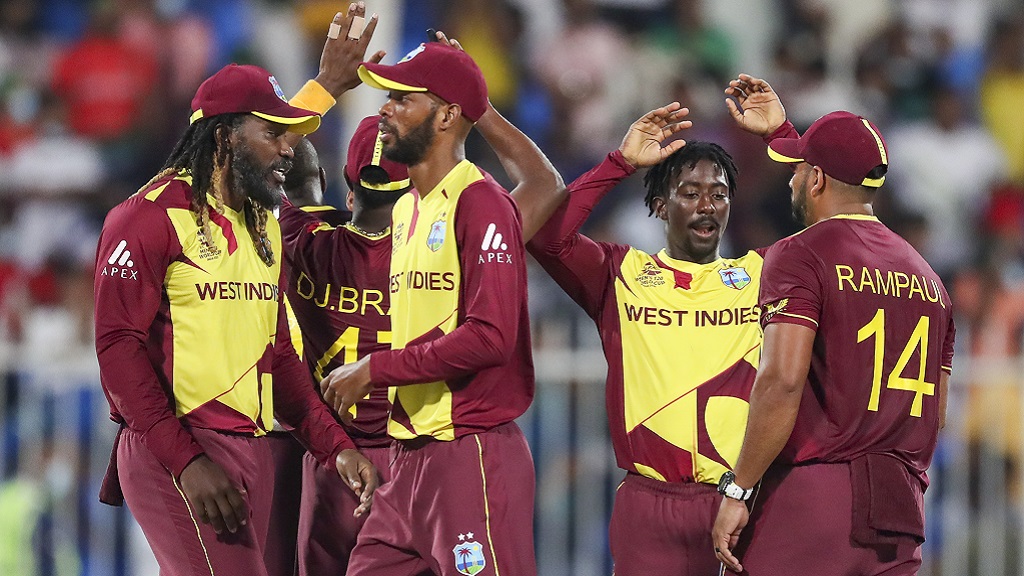 There is always a tendency, especially in the media, to overreact when something of public interest goes terribly wrong.

In the case of the West Indies’ abysmal men’s World T20 campaign though, the continuous stream of outrage and invective – especially from within the region – hasn’t been merely a response to the succession of disastrous performances but an expression of disgust that clear signs of impending failure were continuously ignored by all in the power structure of Caribbean cricket.

This is a classic example of an organisation failing to heed the warning signs and prioritising performance, or at least a reasonable expectation of performance, over reputation and personality. It has resulted in a succession of embarrassing results which are now being papered over by the farewells to a couple of the legends of the T20 format (Dwayne Bravo has formally retired from the international game while Chris Gayle is again playing a game with the administrators and media over his intentions) and a sense of achievement that the region will be hosting the men’s Under-19 World Cup early next year and will collaborate with the United States to stage the 2024 edition of the men’s World T20.

Before that major event though there is the 2022 edition in Australia, which comes up 11 months after the 2021 fiasco and sees the two-time champions relegated to having to go through the qualifying phase of the tournament, much in the manner of their involvement in the 2019 50-over-a-side World Cup in England when they just managed to scrape past Scotland in the qualifying competition in Zimbabwe a year earlier.

For all the optimism expressed then of earning their rightful place in that global showpiece, as winners of the first two World Cups in 1975 and 1979, and the pace bowling demolition of Pakistan in their opening match of the tournament proper in Nottingham, the West Indies performed as most realists expected, picking up just one more win – against Afghanistan – in finishing second from bottom of the ten-team table.

There is little to suggest, at this time, that the real work is being done to remedy the situation in time for the 2023 World Cup. And in extending the contracts of the selection panel headed by former off-spinner Roger Harper to the end of the year on the pretext of a busy schedule which could not facilitate change at this time, the manner and tone of Cricket West Indies (CWI) hints at a failure to recognise not just the immediacy of the challenge but the clearly obvious realities that the 2021 World T20 campaign was a series of accidents just waiting to happen.

West Indies lost 2-3 to South Afrcia, defeated an under-strength Australia team 4-1 and then were edged by Pakistan 1-0 in a rain-ruined four match contest in what was considered at the time to be the best possible preparation for the defence of the World T20 title. Those matches were followed immediately after by the Caribbean Premier League and the conclusion of the Indian Premier League, so there was no question of players being rusty nor could the excuse be offered that there wasn’t ample opportunity to assess players’ readiness for the challenge.

Yet in a selection which clearly showed a bias for past achievements over present form, the 15-man squad originally named included a soon-to-be 42-year-old Chris Gayle, whose numbers had been declining for years yet was granted, controversially, a medical exemption which meant he was not required to meet the same fitness standards as other players. Ravi Rampaul, the fast-medium bowler who was part of the 2012 title-winning side but had not featured in T20 Internationals for six years, was also granted a medical exemption at the same time that the public was informed that spinner Sunil Narine and exciting young batsman Sherfane Rutherford had failed fitness tests.

What was even more bewildering was the relegation of all-rounder Jason Holder to the reserves, a decision made all the more mystifying by his immediate impact on being drafted into the main squad when seamer Obed McCoy was ruled out by injury. It followed the earlier decision to bring left-arm spinner Akeal Hosein from the reserves into the main 15 after Fabian Allen was sidelined by injury with Hosein installed as frontline spinner ahead of Hayden Walsh, the wrist-spinner who was named in the squad but only featured in one match.

As bad is it got for the West Indies through the tournament, from being routed for 55 by England and then succumbing to South Africa, Sri Lanka and Australia (a three-run scramble over Bangladesh in their third match only magnified the team’s shortcomings) two players in the squad – opening batsman Andre Fletcher and pacer Oshane Thomas – didn’t see action at all in the competition even after the burly Jamaican fast bowler was identified pre-tournament by the selectors as the potential “X” factor for the West Indies!

Remedying this embarrassing experience is not just a matter of firing selectors and coaches, or even getting rid of administrators, as tends to be the knee-jerk reaction. Of course, if some personalities failed to do their jobs effectively then there must be consequences for such shortcomings.

However the bigger issue in West Indies cricket appears to be the continuous challenge of transparency and accountability, where decisions which clearly don’t add up continue to be made and when things go wrong, as invariably they do, there is a concerted public relations exercise to hide behind the façade of singing an upbeat song and deriding the critics as perennial naysayers who rejoice at the team’s misfortunes.

Much of the build-up to this failed effort was focused, from CWI president Ricky Skerritt to coach, captain and players, on repeating the mantra of “positive vibes,” the implication being that any critical analysis was against the best interests of the team. Skipper Kieron Pollard went so far as to suggest that the media should get on board in supporting the team, which clearly betrayed his lack of understanding of the role of independent media.

Now though, the question is whether or not the West Indies have learnt a chastening lesson from the 2021 World T20 debacle and can turn things around, not just in terms of personnel but tactics which rely heavily on power-hitting, in time for the 2022 event.

Early signs are not encouraging and while there is always an expectation of a West Indies team rising to the occasion in a format which seems to suit their style and personality, this latest experience represents another example of a trendsetting team being left trailing in the wake of others as the game has moved on.