In his exclusive blog for PakPassion.net, Pakistan fast-bowler Sohail Tanvir writes in detail about his impressions of the domestic cricket reforms announced by the PCB, why he feels the appointments of Misbah-ul-Haq and Waqar Younis are beneficial for Pakistan Cricket and puts forward the idea that age should not be considered a factor for selection in the national side. 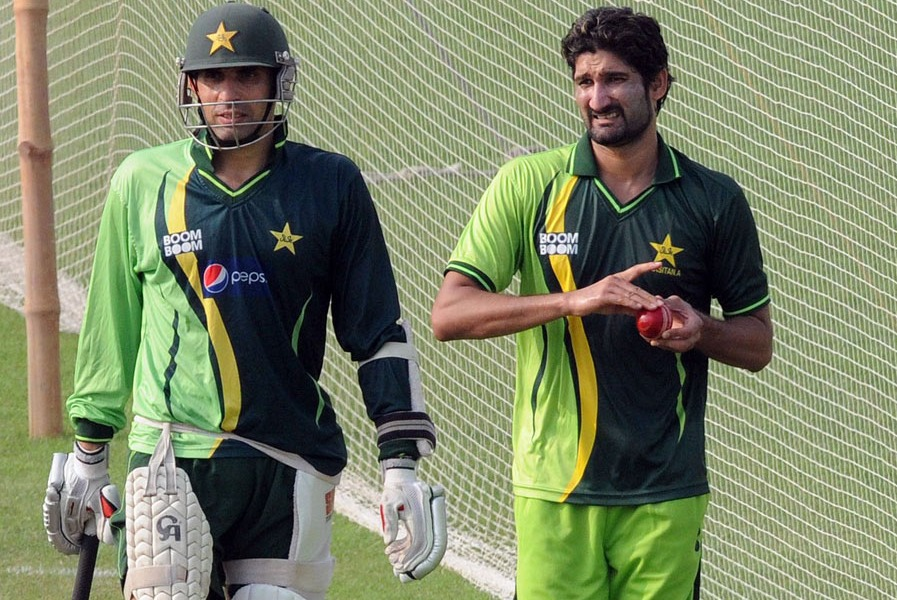 A lot has been said and written about the significant changes that the PCB have announced over the last week. My gut feel is that the likely outcome of all these changes is that the quality of cricket witnessed in this country will take a turn for the better. In specific if we look at the reduction of total number of sides which take part in the various PCB competitions, the fact that there is now an emphasis on quality rather than quantity can only mean good things for the game in Pakistan. It is true that there are a lot of concerns being expressed from different quarters about these changes and that is expected when its clear that many players will not get the chances to play that they used to get in the old system.

No system is perfect and there will always be positives and negatives in such things but what should really concern us is the results that this change will produce. To me, the ultimate goal of these reforms is to strengthen Pakistan cricket and produce the results that we all desire. We must therefore give time for this new system to take root and maybe after 2-3 years look at the outcomes and make a proper judgement. What I am truly looking forward to as a by-product of all these changes is that the quality of players will improve so much that the jump from domestic to international levels will become easier for our cricketers.


Level of competition in domestic cricket will improve

If we look at our previous system of Grade II cricket, we had some departments who would temporarily hire cricketers for short-term contracts. The resulting style of cricket was less competitive. If we compare those teams with the newly announced second XIs, you will see some impressive names with players who have represented Pakistan in the past or are established first-class cricketers. This can only mean that quality of players will be outstanding in our domestic tournaments and of course the level of competition will be much higher.


Domestic players will be better off financially

In terms of player salaries, it is a fact that many departments were paying very high salaries with average players getting close to 1 lakh Pakistan Rupees per month, with more experienced players obviously getting more than that. But if we consider the overall increase in prize money and match fees and fact that departments just give salaries and not prize monies or match fees, I believe that the players could well be better off in the new system although, the total pool of players earning monies will be lesser. The increase in prize money and match fees in general is also good news as players need to be rewarded well for their hard work. If the PCB has the money to pay them these rewards, then this should be done for the betterment of Pakistan Cricket.

PCB’s reforms aren’t that great news for those cricketers who will no longer be able to play or earn in the way they could do so before, so their anger is understandable. But here we must look at the greater good of the game. The larger picture is one that the PCB can see, and they have taken tough decisions for the benefit of Pakistan cricket. This will probably result in hard times and unemployment for some players and it will also make it harder for players to make it to the first or second XIs due to the strength of the competition, which is how it should be.

The composition of first and second XI squads has obviously been done after careful consideration. Specifically, when we speak of captains for these 6 sides, the idea seems to be to groom captains with an eye on the future. In this way if there is a need to replace a captain, then you will have 3-4 good options to look at. We all know that being a good player doesn’t necessarily make you a good captain, so the players need to be trained in the art of captaincy in case they have to take on that role at the international level. So, making players like Babar Azam and Haris Sohail captains is a good idea and will definitely benefit us in the long run.

Appointment of Misbah-ul-Haq as a Head Coach, in my view, is an excellent choice. There have been some reservations expressed about the fact that he doesn’t have international coaching experience, but he has one big advantage over other candidates. He has recently played international cricket which is a crucial factor as in the past 6-8 years, the game has changed a lot not only in terms of skills needed to succeed but also in regard to the mindset required to win games. So, there was a need for someone who understands the demands of modern-day cricket and Misbah is definitely that person as he only retired from international cricket in 2017 and has also been playing professional cricket until the recent edition of the PSL.

As far as him holding a dual role of Head Coach and Chairman of Selectors is concerned, let me start by saying that this is a novel concept for us but then as I said before, we cannot know about the true value of this change until we see results from it. What we can say with some confidence is that Misbah is now wholly and solely responsible for the national sides. Gone will be the days where there were conflicts between the Chief Selector and the Head Coach over team selection, from now on, Misbah will in charge of the whole process and that will give him extra authority as well. This also means that as a Head Coach, he will not be able to hide behind the selectors decisions and blame them if things don’t go according to plans.

Waqar Younis in his third stint in a coaching role for Pakistan will find less difficulties in doing his job. The reason is that his role this time will be a different one. In his previous work with Pakistan side, he was a Head Coach and that presented a different set of challenges but now, as a bowling coach, his role will be limited one. The guidelines will be laid out by Misbah who will be the Head Coach and Waqar will simply need to work within those parameters. Whilst Waqar was a legendary bowler in his time and the sort of bowling skills he possessed were fantastic, being a coach requires a different mindset. Just like a player learns from our past experience, in the same way a coach will also build upon his skills based upon experience. In specific, he will learn how to do man-management and how to handle players and to understand their needs and requirements.

In Waqar’s case he has gained some excellent experience as a coach and most recently he was coach for my side in BPL so I am sure he will do well in his new role and I believe it’s a good decision by the PCB. In both Misbah and Waqar’s case, our players will benefit from the lack of a language barrier as our players are not that capable when it comes to speaking English. This may not seem a big thing to the casual observer, but this is a huge problem when the coach is unable to explain what he wants from a bowler or when the bowler is unable to explain his own problems to the coaches.

I have yet to have a direct interaction with PCB Chief Executive Wasim Khan but from what I can see from the manner in which the whole issue of such a massive change has been handled is that everything is being done in a very professional and organised manner. In the past, such communication was done in a haphazard manner and information made available via sources and leaks instead of a proper press release. Whatever decisions have been taken need to be backed by all of us and Wasim Khan and his team need to be given time to implement these changes. The outcome is what will really allow us to judge the effectiveness of these changes

I am really looking forward to the new domestic season and getting ready to play in the upcoming Quaid-e-Azam trophy with the Northern Association side. I will also be trying to get a place back in the Pakistan T20I side and in that sense, Misbah’s recent comments where he spoke about age not being a criterion for selection have been most encouraging for many of us. This had been the case in the previous system and quite a few players suffered due to this policy. Age should not be a factor for selection, because if a player is able to play for Pakistan for six months or one year then he should be given a chance to serve the nation. Especially in the short format where there are tours coming up and a World Cup is also on the horizon, there is no need for long-term planning in such a case and we should utilise good resources that we have available at the moment.